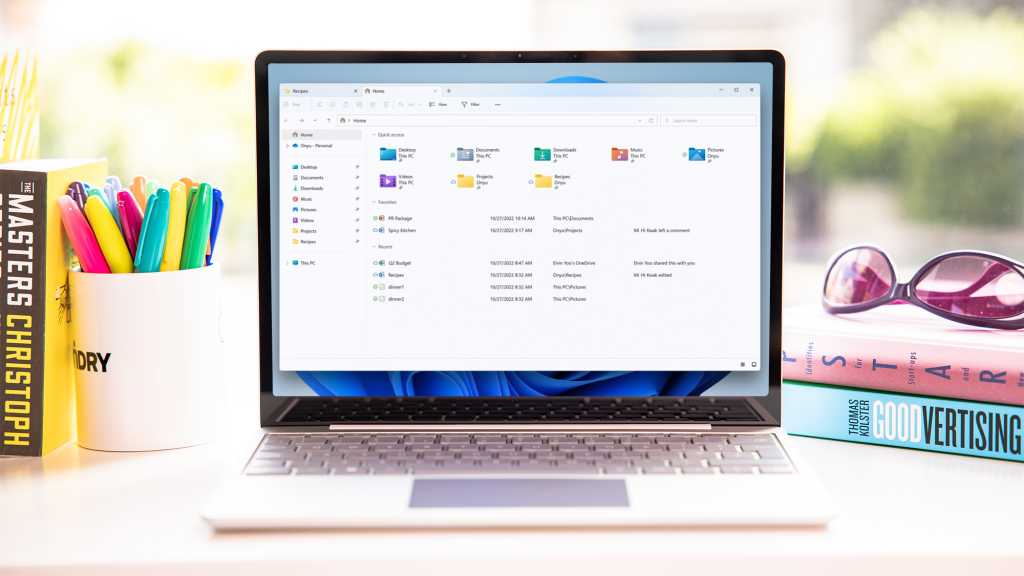 Windows 11’s biggest update yet only arrived last month, but Microsoft is wasting no time rolling out even more significant changes.

The October update adds several new features to Windows 11, but the addition of tabs to File Explorer is undoubtedly the most significant. Until now, you’ve only ever been able to access one folder at a time.

Adding tabs removes that limitation, and makes it easy to quickly switch between locations. It works in much the same way as any web browser, with small + and x icons allowing you to open new tabs or close existing ones.

Unlike some new features, this will be a noticeable change for almost every Windows 11 user. If you regularly deal with lots of different files and folders, it could be a game-changer for productivity, but even casual users will benefit from the streamlined workflow. For this feature alone, it’s worth downloading the update.

The ‘Home’ screen you’re presented with when you open File Explorer now takes on more significance, so Microsoft has also added a new ‘Favorites’ section. This is where you can pin some of your most used files and folders for easy access.

But the new features aren’t limited to the File Explorer. Most people simply highlight text in order to copy it, but Microsoft wants to help you do more. Suggested Actions recognises when you’ve selected a future date, prompting you to add an event to your calendar. Similarly, a phone number will offer options for a call using the Phone Link companion app or Microsoft Teams.

If you like to pin lots of apps to the taskbar, a new overflow menu lets you see all of the ones which don’t fit in one place. Right-clicking blank space on the taskbar will also now bring up the option to launch the Task Manager, an old feature that was removed with the introduction of Windows 11.

The KB5019509 update began rolling out on 18 October to all devices running the 22H2 update, but it may take a while to appear in Settings. As usual, you can manually download it if you’d prefer via the Microsoft Update Catalog.

Elsewhere, Microsoft has confirmed that a redesigned Photos app will be released “at the end of October”. That’s before the recently announced iCloud integration arrives in November, but you can get ahead by installing the iCloud app on the Microsoft Store.