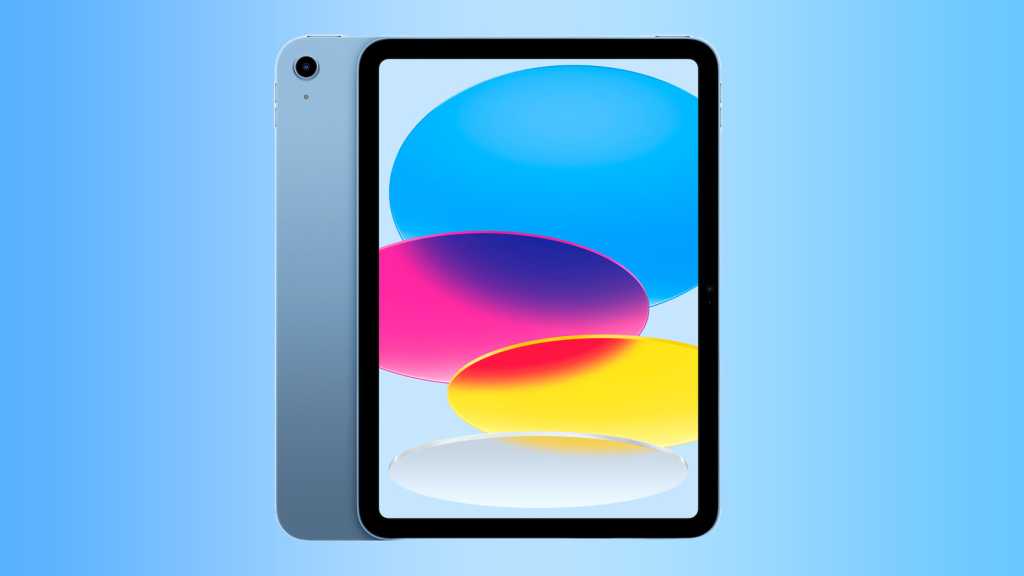 2022 marks the year that the entry-level iPad finally got a redesign to bring it in line with the updated look of the rest of the iPad range.

The 10th-generation tablet ditches the Home button for a full-screen tablet experience that allows the display to jump from 10.2in to 10.9in without any change to physical dimensions, and sports the same angular edges and Touch ID-enabled Power button found on the iPad Air and mini.

Throw in additional upgrades like the jump to USB-C, a new landscape-oriented front camera and support for a modular Magic Keyboard that lets you detach the keyboard from the stand, and you’ve got a contender for the best value iPad in the range.

The new iPad (2022) is available to buy worldwide, and here, we list everywhere you can get your hands on the tablet in the US and UK, including the latest deals. To find out more about the latest iPad, take a look at the latest iPad 10.9in (2022) news.

When was the new iPad released?

The 10th-gen iPad went up for pre-order immediately after its announcement on Tuesday 18 October, with general release following on Wednesday 26 October 2022.

How much does the new iPad cost?

If you were hoping that the 10th-gen iPad would mirror the cheap entry-level pricing of its predecessor, you’ll be disappointed.

The saving grace is that Apple has kept the 9th-gen iPad on sale (though at a slightly increased £369 in the UK due to inflation) for those that want a truly cheap iPad.

Where can I buy the new iPad in the US?

As with most Apple products, the main place to buy the new iPad is the Apple Store itself, especially if you want to take advantage of the free engraving the company offers.

It’s also available to purchase from select retailers, with the list expected to expand in the coming days now that it’s officially on sale.

For now, here’s everywhere you can buy the new iPad in the US:

Where can I buy the new iPad in the UK?

Like in the US, the Apple Store should be your first stop if you want to buy the new iPad – particularly if you want it engraved – though there are also a few third-party retailers stocking the tablet.

As ever, we expect the list of retailers to expand now that the iPad 10 is officially on sale, but for now, here’s everywhere that you can buy it:

We’ll be sure to update this section with new links as retailers announce availability, so if your favourite retailer isn’t listed right now, check back in the coming days.

We’re also tracking the prices of the new iPad 10.9in across the internet in real-time, so if you see a deal below, be sure to act fast.