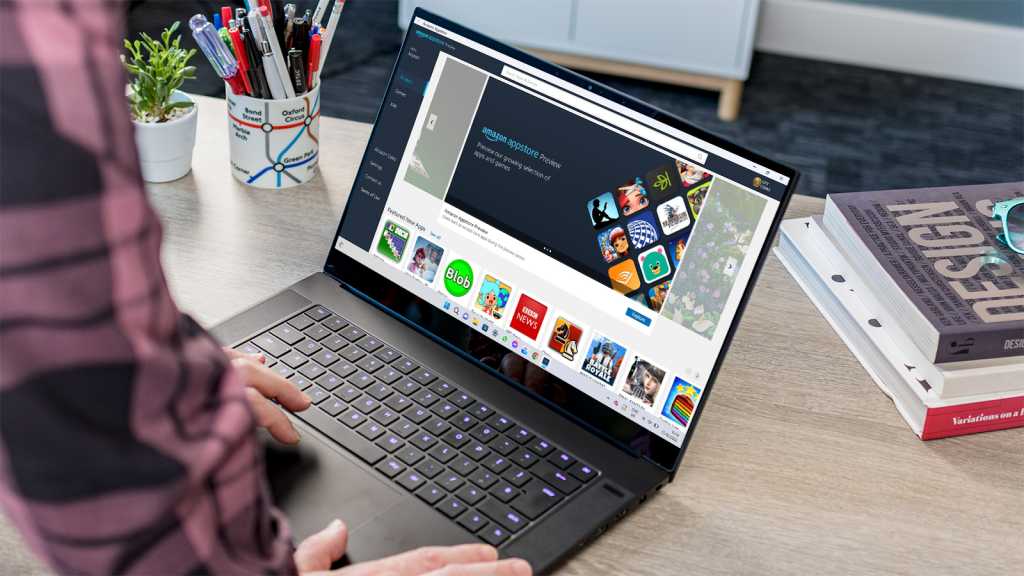 One of Windows 11’s big new features was supposed to be its ability to run Android apps. It’s been a long time coming, though.

The feature wasn’t available at Windows 11’s launch in October 2021, then remained exclusive to the United States. For several months. Japan was next on the list, before the rollout was expanded to include the UK, France, Germany and many more with the 22H2 update.

If you live in one of those countries, you might be excited to finally have a play with Android apps on the desktop. They fully integrate into the Windows 11 experience, allowing you to pin them to the taskbar or use with multitasking features.

However, that excitement will almost certainly have disappeared once you saw which apps were actually available. There’s a reason for this, as we’ll explain, but you shouldn’t lose all hope of getting the apps you really want.

Instead, you’ll have to contend with the Amazon Appstore, as found on Amazon’s Fire tablets.

The version of the Appstore on Windows 11 has recently expanded to include more than 20,000 apps, but that pales in comparison to the more than 2.6 million (according to Statista) that you’ll find on the Play Store.

Obviously such numbers are largely irrelevant, as no-one needs even 200,000 apps. The major problem is that there are some major absentees among that 200,000. Many messaging, online banking and smart home apps simply aren’t there. And when it comes to high-profile games, the selection is tiny.

Since you’re reading this, you’ve probably already looked for an app that isn’t on the Amazon Appstore, searched to find out why and found this article. Previously, the only solution to this problem was emulation software such as BlueStacks, but there is now another way.

How you can still run all Android apps on Windows 11

Windows 11’s Android app support relies on the Windows Subsystem for Android, which can be modified to run all Google Play Store apps.

As you might imagine, this workaround is complicated and not officially supported by Microsoft. But if all goes well, you’ll only need to do it once.

The method has changed a few times since Windows 11 launched, but we’ve tested it and can confirm it worked at the time of writing. To try it, read how to get the Google Play Store on Windows 11

It works on both 64-bit and ARM-based devices, which covers most devices compatible with Windows 11. Head to Settings > System > About and check ‘System type’ to make sure.