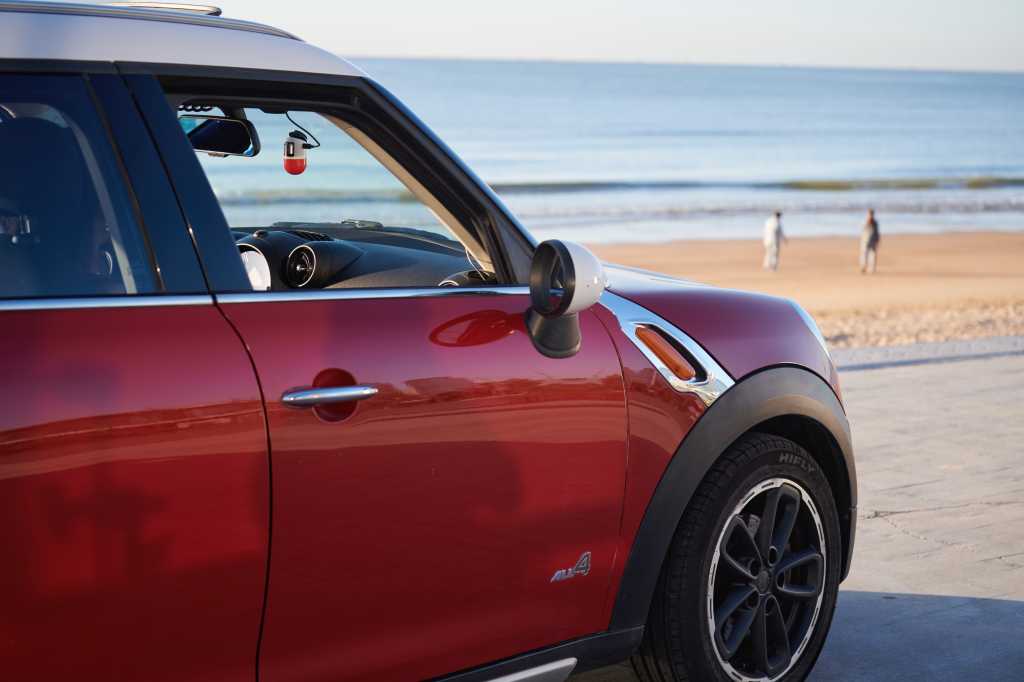 Dash cams are an essential accessory for every car. They record video evidence as you drive, so you have an independent witness at all times.

The trouble with most dash cams, even those with wide-angle lenses, is that they can’t record in every direction. And that means you’ll have no evidence if, for example, another vehicle changes lanes and hits the side of your car.

The new 70mai Omni, however, fixes this problem. It’s the world’s first dash cam that has a rotating lens which can turn to any angle to capture video, so it has no blind spot: it can see everything going on no matter where around your vehicle it occurs.

Of course, such a dash cam also needs the smarts to know where to record, and that Omni has those in spades. For instance, it can detect when a person is walking near your car while it’s parked, track their movements and record them and change its LED colours to deter them if they remain too close for too long.

And while you’re driving, the Omni can warn you if you’re too close to the car in front, if pedestrians are spotted in the road and if you accidentally stray out of your lane, perhaps due to a lack of concentration or tiredness.

There’s loads more to love about the Omni, too. Here are three more reasons it should be on your dash cam short list:

The second major problem with most dash cams is that they don’t connect to the internet. So although they can record while your car is parked up, they can’t alert you if there’s a problem.

When paired with the 4G hard-wire kit, which connects to your car’s fuse box to give the Omni power to record when the ignition is off, it does have an internet connection.

This brings two key benefits. First, you’ll get notifications on your phone if the Omni detects an impact, along with video showing what happened.

Second, it means you can see the live feed from the camera on your phone, just like a home security camera.

Better still, you can control the camera and turn it to face in whichever direction you want to see what’s happening.

The 4G hard-wire kit will be available in early 2023 in certain European and Southeast Asian countries. 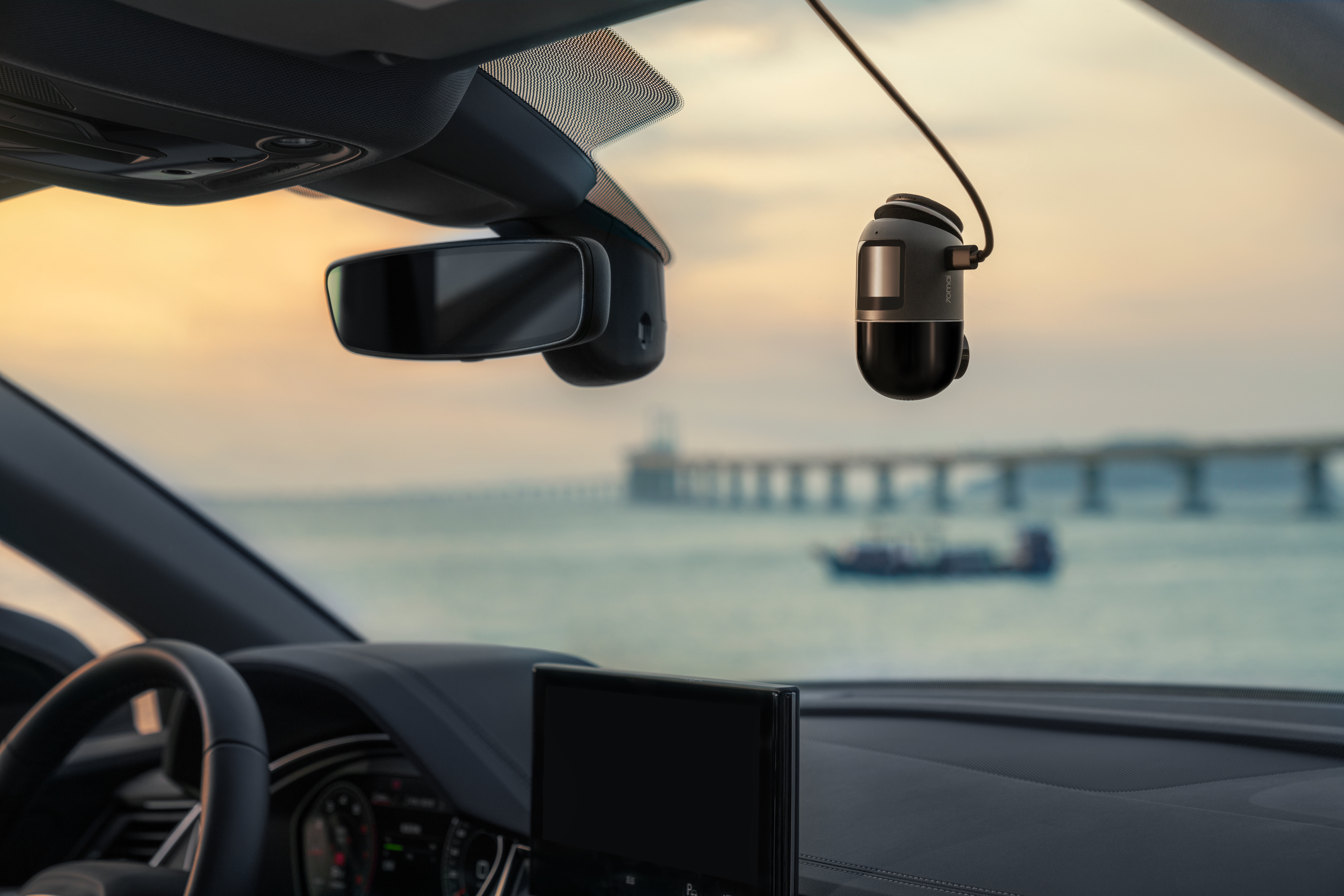 The Omni uses a combination of a 140° lens, a PureCel Plus-S image sensor and a custom-developed image processing algorithm to deliver 1080p video in HDR.

That may sound like a whole lot of jargon to you, but what it means – crucially – is that the Omni records clear, detailed video during the day and at night.

One of the most important pieces of jargon here is HDR. You mustn’t confuse this with WDR that’s found on other dash cams. HDR stands for high dynamic range, and WDR wide dynamic range.

They might sound the same, but HDR is superior, and the Omni’s video has much more detail in the dark, as well as in bright areas than other dash cams.

When driving out of dark tunnels or parking garages into bright daylight, the Omni’s video remains clear.

Similarly, at night, you can see details such as car registration plates instead of a bright white area where your own vehicle’s lights are reflecting off the car in front.

You can control it with your voice

Safety is paramount while you’re driving, which is why the Omni can be controlled with your voice.

You can ask it to take a photo or record in an emergency. Thanks to buffering technology, the Omni is able to capture two seconds before you even asked it to record.

You can also ask it to record in different directions with your voice, and you’ll always know that your command has been understood by the colour of the LED light ring around the Omni and the MaiX virtual emoji on the 1.2-inch screen. 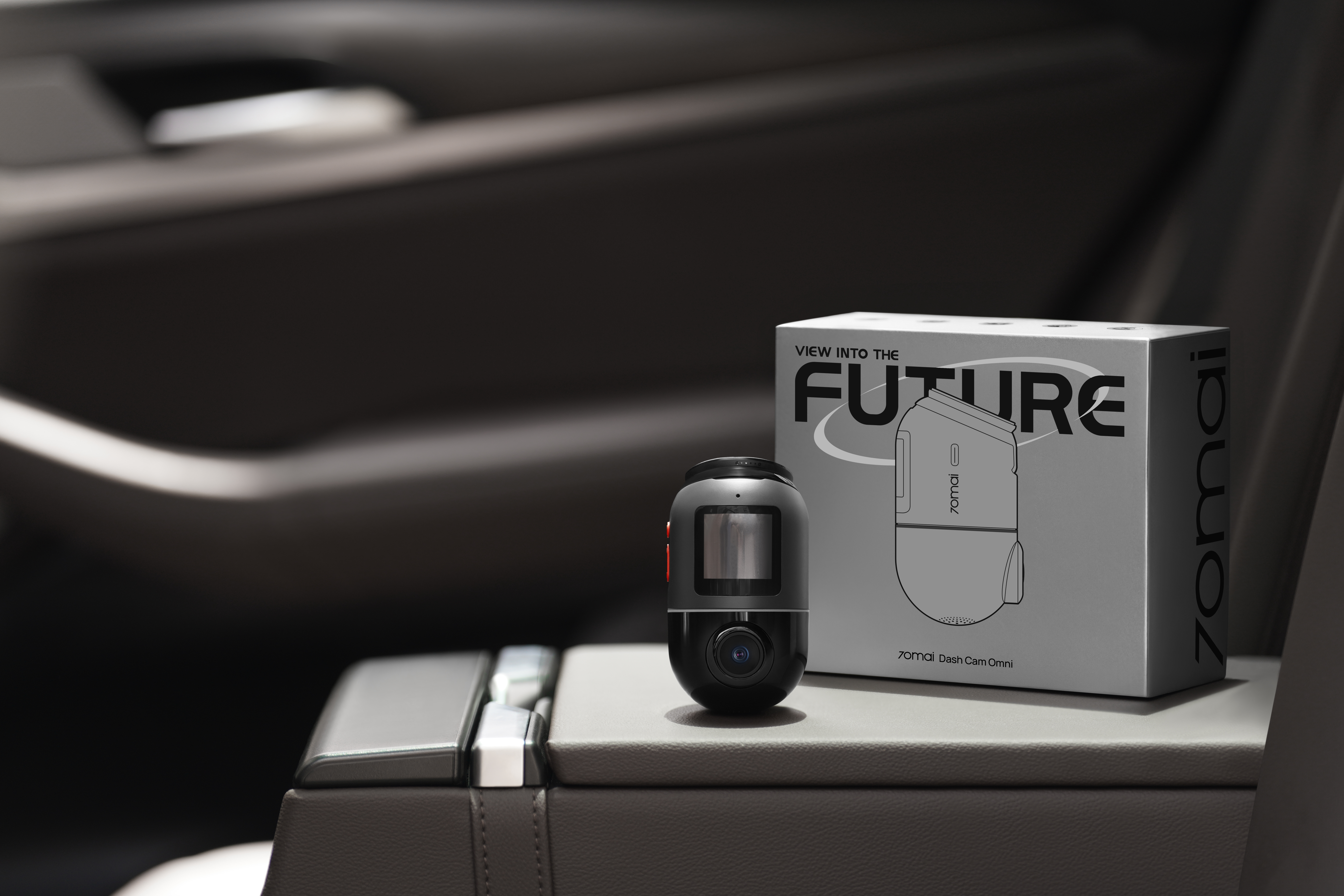 As you’d expect, the Omni has built-in GPS so it tracks your precise location and route, which bolsters the video and can prove exactly where you were, the direction you were travelling and even how fast you were driving.

Plus, with the 4G hard-wire kit, you can also see on a map where you parked – ideal when you’re in an unfamiliar place.

Unlike the vast majority of dash cams, the Omni has built-in storage for recorded video, and there’s a choice of three capacities to choose between.

Find out more about the Omni.