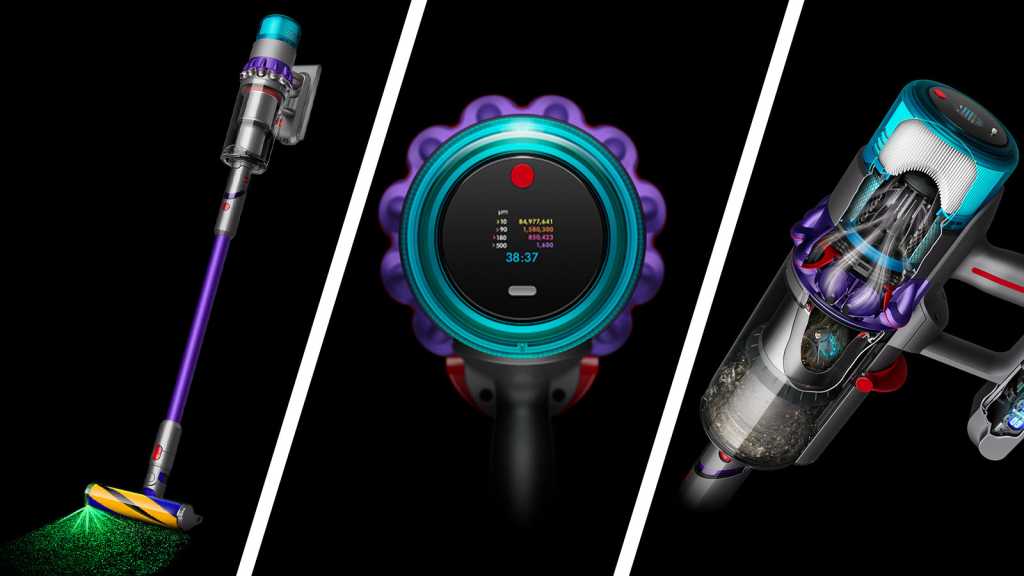 Dyson has announced its latest cordless vacuum, as well as the new Hyperdymium motor that’ll power it. The Gen5detect has a similar design and build to the V15 Detect, albeit with a few new tricks to go with its redesigned wand. And, blessing of blessings, the trigger has gone.

As of yet, there’s no launch date or price, but this is what know so far.

Thanks to its new, fifth-generation Hyperdymium motor, (yep, that’s why Dyson called it the Gen5) the Gen5detect has the strongest suction of any Dyson yet, powerful enough to suck up viruses and particles as tiny as 0.1 microns. It also comes with an improved Fluffy Optic cleaning head which illuminates dust better, with a longer range than the laser on the V15 Detect. Dyson says it’s twice as bright, which hopefully means you can see the dirt even during the daytime and not only in dimmer conditions.

Not only does it claim to remove viruses from your surfaces using suction but – and this is really the main thing – its new, fully-sealed, whole HEPA filtration system will keep them contained inside, rather than letting them out again to fly around the room.

Still, that protection is only going to last until you empty the filter into the bin. Because, like other Dyson cordless cleaners, the Gen5detect has a bagless system. So, if you want to buy the Gen5detect for its ability to remove any viruses from your home, you’re going to need to empty it outside. As it has a 0.77l bin (a tiny bit bigger than the V15’s), you’re going to be making regular trips outdoors.

The Gen5detect features a piezo sensor, just like the V15, to count and categorise dust particles based on size, and an LCD display to show you what you’re vacuuming up.

What’s new is that the Gen5detect takes the smarts a step further by advising on the display when you’ve vacuumed an area enough and can move on, and the interface itself has been improved.

There are some other design upgrades that we really like. First off, the trigger has gone, replaced by an On/Off button. Dyson’s V series of vacuums all have a trigger that functions like a dead man’s switch: essentially you need to keep it pressed down during use.

Its function was to protect the battery life – so you couldn’t wander off during vacuuming to find that the battery had run down in your absence. But it made vacuuming much harder work.

Dyson has clearly realised this and not only removed the trigger but also redesigned the grip and added a soft comfort pad. Now you can swap hands while vacuuming without the motor switching off.

The battery life has also improved from the last iteration, up from 60 minutes (on its lowest setting) to 70 minutes.

But our favourite feature is the in-line dusting and crevice tool. Dyson found that people don’t want to pause mid-clean to swap in other cleaning tools and instead blunder on using the main head. So Dyson has simplified the process. When you remove the wand, the crevice tool is already in place, so it couldn’t be simpler to switch between this and the brush head. Plus, it means you won’t keep misplacing it (or is that just us?).

Annoyingly, Dyson hasn’t said when you’ll be able to buy the Gen5detect, nor what it’ll cost. We expect it will be roughly the same price, or a little more than the V15 Detect which starts at $699 / £599.

In the meantime, you can find out what we think of Dyson’s current flagship cordless by reading our review of the V15 Detect. And if you want a Dyson but you don’t know which one is right for you, check out our round-up of the best cordless Dyson vacuums.