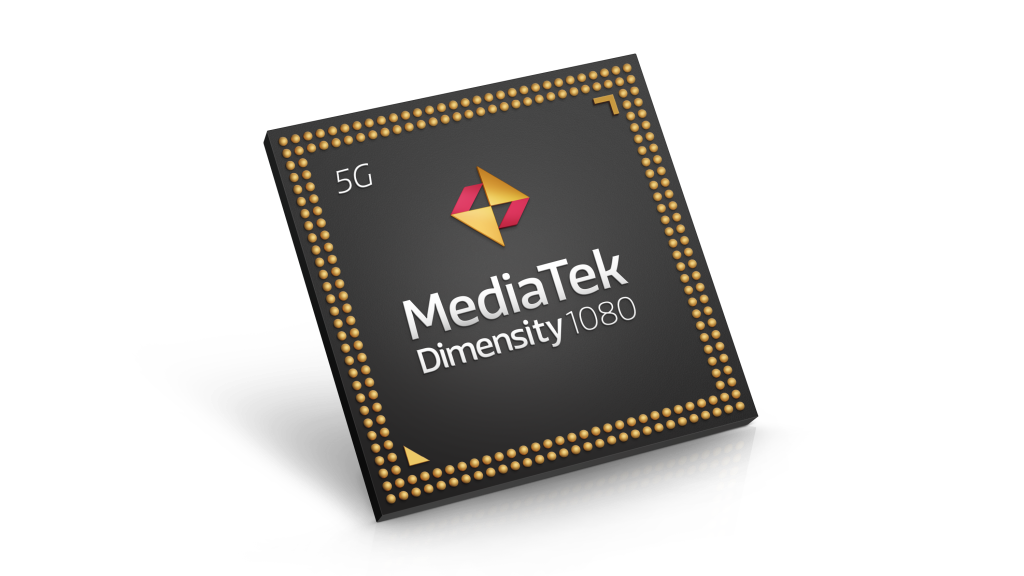 MediaTek’s chipsets power a great deal of the world’s mid-range smartphones, a fact you might not be aware of considering Qualcomm’s Snapdragon brand tends to hog headlines.

MediaTek knows it, but hasn’t always shouted about it. The Taiwanese giant clearly intends to continue its expansion into the mid-range, and is starting to talk about it a little more, with the new Dimensity 1080, a 5G chipset the company says improves performance and camera features.

This includes supporting a 200Mp main camera sensor in phones the chip might appear in. So far we’ve had two 200Mp phones released into the wild with the Motorola Edge 30 Ultra and the Xiaomi 12T Pro, and you can expect the spec to appear again before the year is out It’s a big flashy number to advertise a mid-range phone with, and MediaTek says Dimensity 1200 phones will start shipping in the fourth quarter.

The 1080 has an octa-core CPU with two Cortex-A78 cores that can run up to 2.6Hz together with a Mali-G68 GPU, components made by Arm. The chip is based on a 6nm architecture and is an upgrade on the Dimensity 920, a chip we saw used to great success in solid mid-rangers like the Xiaomi Redmi Note 11 Pro+ earlier this year.

MediaTek says the 1080 and 920 share hardware and software features, a move designed to help OEMs get their products to market quicker.

If there are similarities, manufacturers will be able to spend less time learning about the new chip and can integrate it quicker into new products. That’s the thinking, anyway.

MediaTek says the Dimensity 1200 will also allow phones to record HDR video in 4K while gaming is said to be more power efficient.

As this is 2022, the chip also allows 5G connectivity with support for sub-6GHz networks along with Wi-Fi 6 compatibility to tap into the newest generation of Wi-Fi. The company released the Dimensity 1050 earlier in the year that has additional support for mmWave 5G, a clear indicator MediaTek has its eyes on the US market where it currently is second fiddle to Qualcomm.

In June, the firm announced it’s most high-end chipset yet in the Dimensity 9000+, a direct rival to the Qualcomm Snapdragon 8+ Gen 1 that we’ve seen in high-end Android flagships this year such as the Samsung Galaxy Z Fold 4 and Asus ROG Phone 6 Pro.

MediaTek chips are nothing new in the smartphone world, but we expect its reach to increase in the next few months as it pushes more aggressively into western markets. The Xiaomi 12T Pro might have had a Qualcomm chip, but the regular 12T is powered by MediaTek’s Dimensity 8100 Ultra, while OnePlus opted for the Dimensity 1300 in its Nord 2T.