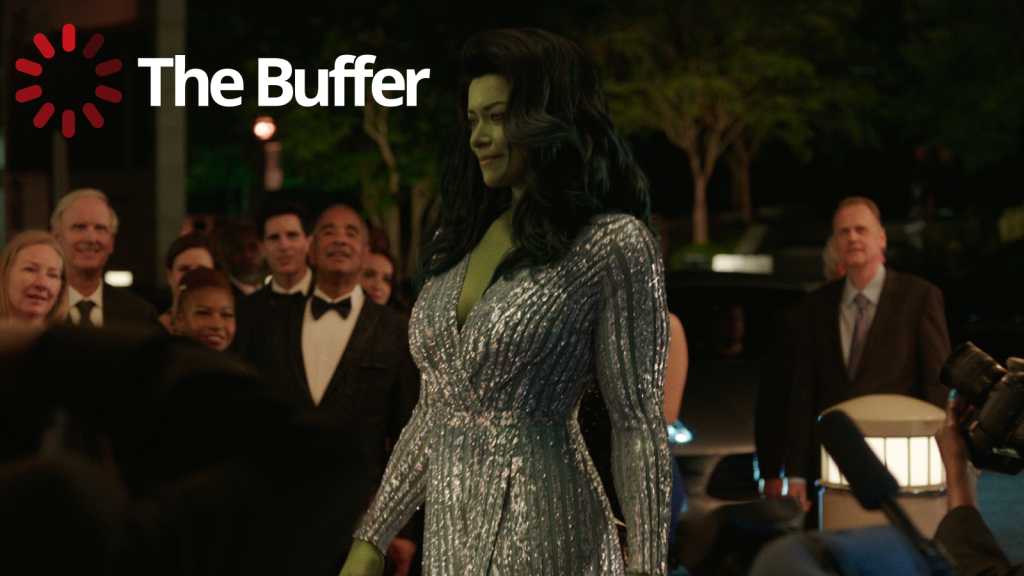 She-Hulk has received very mixed reviews over its run. However, the latest instalment caused a big stir online after it reintroduced a massive fan-favourite for those who loved the grittier, Netflix Marvel TV series.

Charlie Cox is officially back as Matt Murdock/Daredevil. This, of course, is not brand-new information. The blind vigilante made his debut back in 2021’s Spider-Man: No Way Home as Peter Parker’s legal representation. However, his on-screen time was limited to a very brief cameo which you can watch below:

In She-Hulk episode eight, Ribbit and Rip It, Matt was back in full force. He had his time to shine in court, matching Jennifer Walters toe-to-toe, and even using his enhanced sense of smell to trip her client up. He also got equal time fighting crime – complete with a teaser of the iconic hallway action sequences.

Marvel hasn’t been clear on whether this Matt Murdock is the same man from Netflix’s Daredevil, or a completely new variant. Either way, this is a different performance from the one that fans of the earlier incarnation are familiar with.

This is a much … quippier Matt than we’re used to – something I had predicted following Kingpin’s introduction in Hawkeye. Unexpectedly, I didn’t hate it. She-Hulk is a comedy after all, and Matt’s charming chemistry with Jennifer fits in well with the more light-hearted MCU universe over Netflix’s own setting.

Generally, he feels happier and more comfortable in who he is, freely calling himself “Daredevil” and responding with solid banter to Jen’s quick wit. Charlie Cox still feels like he’s in character, only this version is in a better place generally than the Netflix Matt’s dismal existence in Hell’s Kitchen.

The fighting and stunts are also much more gymnastic, and in several parts (sadly) very obviously CGI.

Disney has come under fire for crunching its workers in the animation department, and made headlines with the poor visual effects of She-Hulk’s final cut. Daredevil’s acrobatics aren’t the worst offender in the show, but they are a big departure from the complex, practical stunts we saw in the original series.

However, Charlie Cox is essentially in a guest role here, so one can see why he might not want to go through months of arduous physical training for a few minutes of screen time. Plus, he’s fighting against another CGI character, so it makes sense that Disney opted for this cinematic style.

Nonetheless, I’m certain than Kevin Feige and his minions are watching closely for fan reactions, and many will be begging to keep the stunt work organic for when Matt makes his next debut – which will be in Phase Five’s Echo, due for release next summer.

He will feature alongside the big bad of Daredevil, Vincent D’Onofrio’s Wilson Fisk/Kingpin. What She-Hulk didn’t tell us is whether Daredevil and Kingpin know each other at this point, and that probably depends on whether the Netflix series are considered canon or not.

The series Hawkeye established that Wilson Fisk has a much more underground presence than he had in the Netflix show. That could be because of his fall from grace at the end of Daredevil, or it may be an entirely new story for the crime boss.

There are also similar questions surrounding Matt, who already has a custom-made suit, meaning he is well into his role as a crime-fighting vigilante. He’s also much more loose-lipped about his identity – something that did make me raise an eyebrow. I couldn’t help but think that the old Matt wouldn’t divulge his legal knowledge so freely whilst in his alter-ego form, but maybe this is a side-effect of his more confident persona.

Matt also mentioned that he owns a law practice in Hell’s Kitchen, New York, so that at least remains the same. He also used the plural term “we” when talking about the work. Does that mean that we could see the return of Elden Henson’s Foggy Nelson?

It could also hint that Deborah Ann Woll’s Karen Page is back – though Matt’s escapades with Jen imply that either she is either just his friend (in keeping with the end of Daredevil), or that she’s not in the picture at all (if Marvel is going down the reboot route).

Whilst not directly related to Daredevil, Matt also revealed a key piece of information that may be referenced in future MCU properties. He discussed that the Sokovia Accords have been repealed. If you need a reminder, this was the legislation that brought in government sanctions on superheroes. It caused a rift between the Avengers, eventually leading to Captain America nearly smashing Iron Man’s head in.

This news is probably more relevant to MCU stories tied closely to government bodies and agencies – where vigilantes can take advantage of it. So, I’d suspect we’ll see this crop up again in the Thunderbolts movie. It could also be referenced in Captain America: New Order – which would be fitting, as it would follow Civil War in the series about the star-spangled superhero.

Of course, the biggest takeaway of the episode was that it proved that Daredevil is here to stay. Yes, he’s not the same man that we knew on Netflix – but that’s not a bad thing. Charlie Cox has proven that there is room for a lighter-hearted, more confident and generally more cheerful version of Matt Murdock.

The question is, will Matt still feel natural when he eventually comes face-to-face with Kingpin, whose last MCU appearance was met with much more criticism? I’m certainly keeping my fingers crossed that it will be a success.

She-Hulk’s final episode drops next Thursday, and you can watch the rest of the series on Disney+ now – accounts cost $7.99/£7.99 per month.

Written by Black Mirror’s Charlie Brooker, Cunk on Earth follows ‘world-renowned presenter’ Philomena Cunk, as she explores the world’s history throughout the ages. Cunk is a character played by Diane Morgan, just like Sacha Baron Cohen’s Ali G. However, her whole spiel is that she takes everything rather literally and thinks on a very linear and localised level.

She is sent to interview celebrated academic experts – many of whom do not realise that Philomena is not real person and believe that this is a serious BBC documentary. She then asks them questions such as “Have any of the cave paintings ever been adapted into films?”, and “Is there a Great Roof of China?”. The awkward responses are something to behold.

You can watch Cunk on Earth right now on BBC iPlayer. If you’re abroad, there is a way to watch iPlayer from outside of the UK.