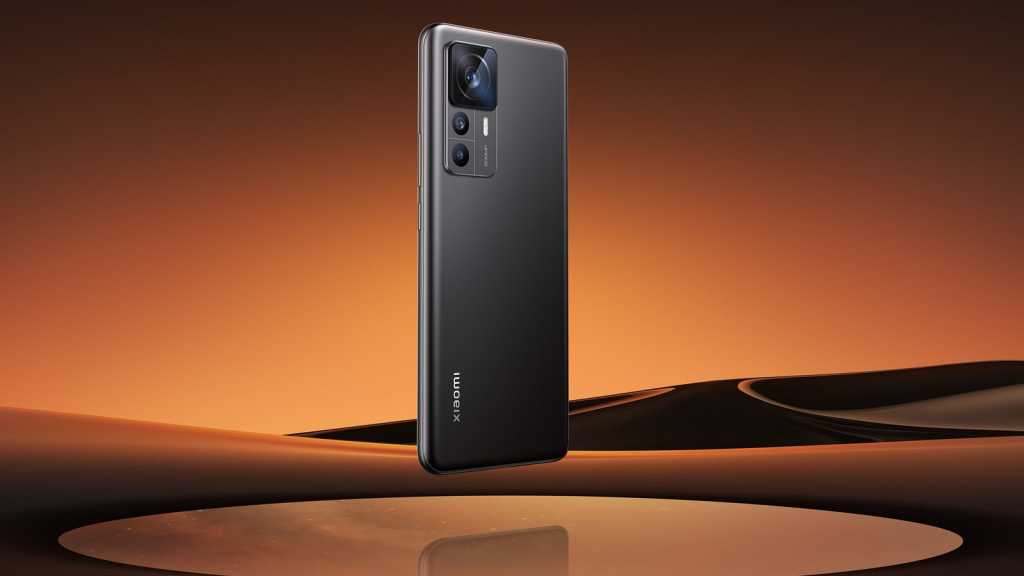 Xiaomi has announced its latest mid-range phones at an event in Munich, and the £699/€749 12T Pro stands out being only the second phone ever to have a 200Mp main camera sensor.

In that regard it’s hot on the heels of the Motorola Edge 30 Ultra, the first phone to use Samsung’s Isocell HP1 200Mp sensor. The upcoming Samsung Galaxy S23 Ultra is expected to pack an updated version of the sensor in 2023.

Xiaomi says the 12T Pro’s 200Mp sensor will improve image clarity, focus and low-light performance, but it remains to be seen whether this is borne out in real-world usage. A higher megapixel count doesn’t guarantee better photos. In fact, cramming all those pixels into a tiny sensor means each one captures less light, so we’re keen to see exactly how it performs in low-light in particular.

It’s notable that both phones use flagship processors, despite their relatively low prices. The 8100 Ultra isn’t quite MediaTek’s latest and greatest – that award goes to the Dimensity 9000+. You won’t find better than the 8+ Gen 1 on the Qualcomm side, however, and that’s one reason why the 12T Pro is £200/€150 more expensive. Nonetheless, you should expect great performance from both phones, especially when combined with 8- or 12GB of RAM.

On the regular 12T, the main camera lens is 108Mp – still way more pixels than on most phones. The other cameras on both are pedestrian by comparison, with 8Mp ultra-wide, 2Mp macro and 20Mp selfie sensors, showing where corners were cut to reach the price points.

The selfie camera is housed within a small hole-punch notch, but it doesn’t take away from the large 6.67in, 2712 x 1220 OLED display on both handsets. Alongside a 120Hz refresh rate, you also get 480Hz touch sampling for an extra smooth and responsive experience.

Battery sizes are also identical – a 5,000mAh capacity which Xiaomi says will get you up to 13.5 hours of screen-on time. You also get ultra-fast 120W wired charging, which supposedly delivers a full charge in just 19 minutes. The necessary adapter is also included in the box.

Other features of note include an under-display fingerprint scanner, dual speakers and NFC, all within devices that weigh just over 200g (202g on the 12T, 205g on the 12T Pro).

Both phones run the MIUI skin over Android 12, but an update to Android 13 is in the works. Xiaomi now commits to three years of Android updates and four years of software updates for most of its phones, so the 12T and 12T Pro should be supported until 2026.

Full pricing and availability are yet to be .

Xiaomi has also unveiled the Redmi Pad, which is pitched as a budget slate for mobile gaming and content consumption.

That’s reflected in the choice of chipset – MediaTek’s Helio G99 – which isn’t suitable for demanding productivity apps. It’s joined by just 3GB of RAM on the entry-level model, but there is the option to step up to 4- or 6GB.

Display is arguably the highlight of any tablet, and the Redmi Pad features a 10.61in LCD panel. It has a 1200×2000 resolution and 90Hz refresh rate, alongside a very specific claim: the world’s first ever tablet to be SGS certified for low visual fatigue.

Within some fairly thick bezels you’ll find an 8Mp selfie camera, although a 105° field of view makes it a decent option for video calls. On the back, there’s just one more 8Mp lens.

The Redmi Pad is equipped with an 8,000mAh battery, which Xiaomi says will last “all day”. Of course, that’ll depend on a variety of factors, including your personal usage habits. Fast charging takes a big step down here to 18W, although the 22.5W adapter in the box can make the most of it.

Despite the size of the battery, Xiaomi has managed to keep the Redmi Pad relatively thin – 7.05mm. At 445g, it’s also easy to take anywhere with you.

The Redmi Pad will cost £269/€279, but pricing elsewhere is yet to be revealed. It’s also not clear when the device will go on sale.

Xiaomi has also revealed two new pairs of wireless earbuds. The Redmi Buds 4 and 4 Pro both aim to provide a premium listening experience within a compact and affordable package. But it’s the Pro model that’s the main focus.

Alongside dual drivers and hi-res audio, the most notable feature here is active noise cancellation (ANC). It can allegedly reduce background by up to 43dB, meaning the likes of keyboard typing and vehicle horns should be drowned out.

For the maximum effect, you’ll need to activate ‘deep’ ANC, but light and balanced modes are also available. If you want to hear the sound around you, there’s also an adaptive mode.

The design of the Buds 4 Pro is nothing revolutionary, but both the buds and case do feature IP54 dust and water resistance. Two colours are available – white and black.

Xiaomi says you’ll get up to nine hours of usage from the Redmi Buds 4 Pro themselves, plus another 25 hours from the case. As expected, the latter charges via USB-C.

The regular Redmi Buds 4 adopt a different design, ditching the stem in favour of an in-ear build. Other key differences include ANC being limited to 35dB here, and battery life from the buds dropping to six hours.

At the same event, Xiaomi announced the global launch of the Mi Band 7 Pro. This was first announced in China back in July, and it looks set to remain the budget fitness tracker to beat. Features include continuous heart rate and blood oxygen tracking, as well as support for 120 different sports, stress evaluation and female cycle tracking.