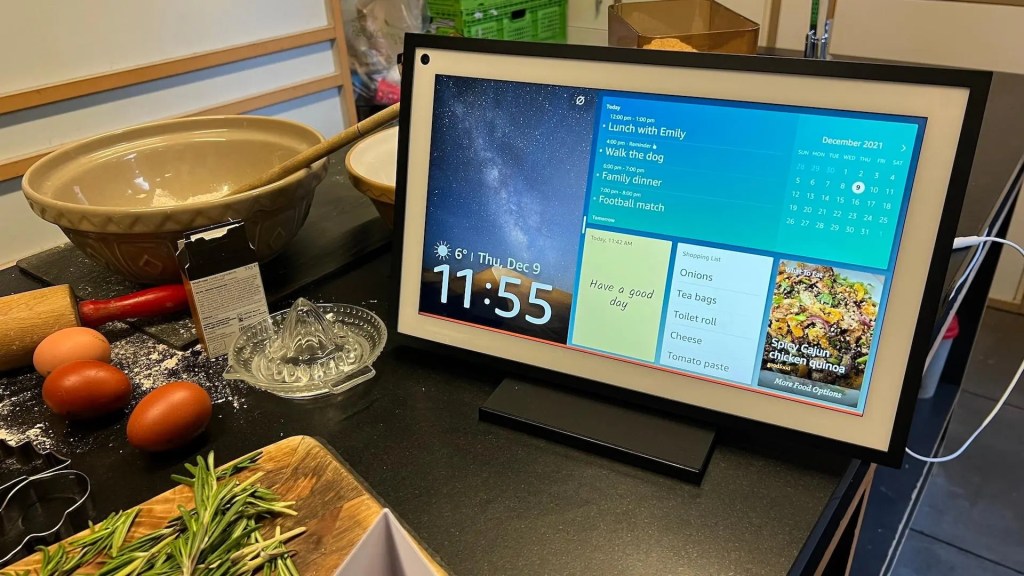 Last year, Amazon announced the Amazon Echo Show 15, bringing the big-screen smart screen experience into the home. The 15in smart display looks and performs much like a picture frame, and just like a frame, you can hang it on the wall.

Amazon envisioned it as a natural way for those in the home to keep an eye on upcoming calendar events, display recipes and watch the news, and while it does all those things, the overall experience is a little lacklustre, with very little content available on the big-screen device. Even a year on, there aren’t many third-party widgets on offer.

That’s all set to change with an announcement today. As confirmed at Amazon’s Product and Services event, the Echo Show 15 is set to get the Fire TV experience via a free software update later this year.

The company has confirmed that the Fire TV experience will be available on the Echo Show 15, including a huge increase in streaming services, dedicated Fire TV profiles and personalised content libraries for each user too.

It’ll also hugely expand the streaming offering of the big-screen smart display, with Amazon claiming you can stream over 1 million movies and TV shows via the various streaming services in the US – though it’s yet to be seen just how many will be available in the UK. One big addition, exclusive to Amazon’s Fire TV OS, is YouTube, arguably the biggest omission of the Echo Show 15 until now.

So while it’s not a complete redesign of the Echo Show 15’s OS and offering, it’s a nice update that’ll make the smart display infinitely more desirable.

That’s not the only big announcement of the day either; Amazon has also launched a swathe of new gadgets, home accessories and smart cameras. That includes the Amazon Kindle Scribe, a competitor to the ReMarkable 2 that provides a natural writing experience on an eInk display, as well as a new fifth-generation Echo Dot and a new Ring Spotlight Cam Pro that can track the movement of intruders as well as alert you to their presence.