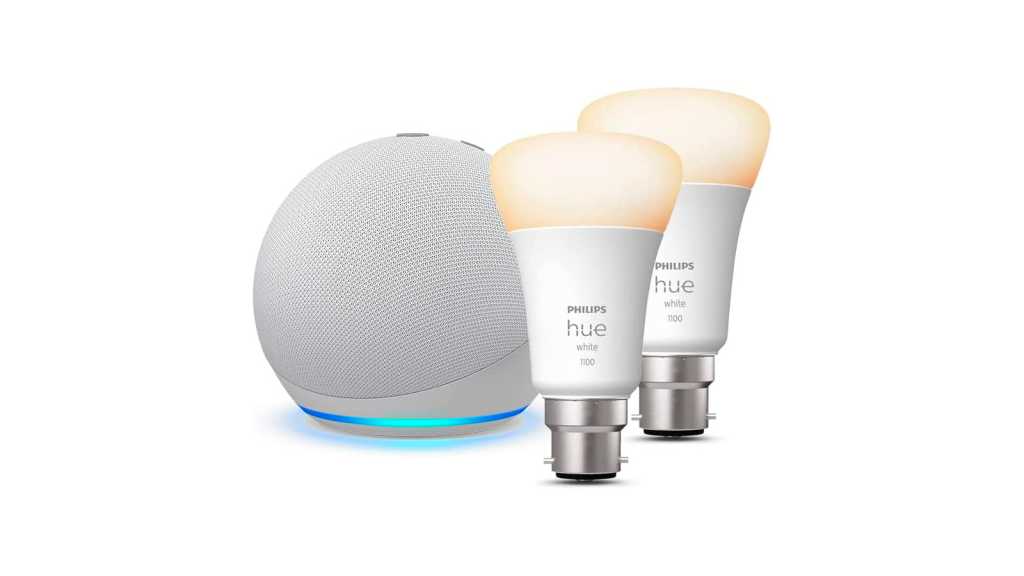 Amazon’s gearing up to announce new products at an event later today, but that doesn’t mean there aren’t deals to be had on the current fourth-generation Amazon Echo Dot. It’s not just discounts on the smart speaker either; a limited-time deal bundles the fourth-gen Echo Dot with Philips Hue smart bulbs in the UK, and it costs less than £30.

If you’re quick, you can head to Amazon right now and find a deal bundling the Amazon Echo Dot 4 in Glacier White with two Philips Hue smart LED lights for just £29.99, a £49.99 discount on the standard £79.98 bundle. Considering the fourth-gen Dot has an RRP of £49.99 in the UK, you’re both getting a discount on the smart speaker and what essentially amounts to two free smart lights.

As you might expect, Amazon’s Alexa voice assistant offers full support for the Philips Hue family, allowing you to control your new smart lights using the Echo Dot.

The Philips Hue lights boast smartphone and virtual assistant connectivity, 75W of brightness and the ability to change from a warm to a cold white with a tap. Bear in mind that these aren’t colour-changing like Hue’s more premium bulbs, but considering most indoor lights are a shade of white most of the time, it’s likely not a big issue.

The bundle includes bulbs with a B22 bayonet cap, but it’s also available with an E27 cap.

If you’ve arrived a little too late and the deal’s no longer available, don’t fret; we list the best Amazon Echo deals separately if you want to save yourself a pretty penny on Amazon’s smart speaker collection.