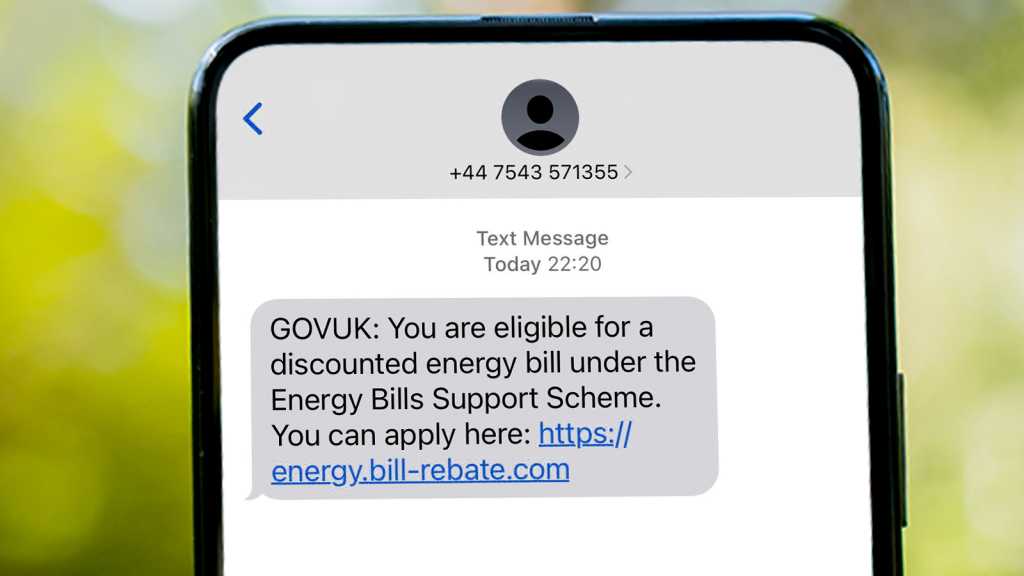 The UK’s energy regulator, Ofgem, has issued a warning to watch out for fake emails, texts and phone calls about the Government’s £400 energy bill discount.

Back in May 2022, the Government announced that all UK households would receive a non-repayable discount – a grant – of £400 to help with the increased cost of electricity and gas.

Scammers have jumped on this as yet another opportunity to steal people’s money.

There’s still a lot of confusion over who is eligible and how the £400 is paid out. The criminals are using this to send emails and messages titled “Claim your rebate now” and pretending to be from Ofgem or ‘GOVUK’. The messages ask you to click or tap on a link and then enter the bank details you want the money to be paid into.

But this isn’t how the scheme works. The rebate is applied as a £66 or £67 discount on your energy bill each month for six months starting in October 2022 and ending in March 2023. You can read more about it on the Government website.

There is no need to claim it, as it is given automatically via energy suppliers to every UK household.

The emails falsely claim that you need to take action before the end of September to avoid missing out: a classic tactic scammers use to give a sense of urgency.

Ofgem said that is never sends emails, text messages or calls people asking for your bank details. And neither will the UK Government.

But if you don’t know all this, it can be easy to be duped into thinking the messages are genuine and giving the scammers enough information to take all the money out of your account.

The regulator also said to watch out for fake social media posts and even people knocking on your front door to try and trick you with the same scam.

The £400 discount isn’t the only scam around, either. Criminals posing as Ofgem also send messages suggesting that you switch energy providers and, again, ask for your bank details.

What do you if you think you’ve been scammed

If you have already clicked on a link in a message like those described, the first thing to do is to inform your bank.

You can call 159 – a new Stop Scams hotline that connects most UK banking customers directly with their bank – to get in touch quickly.

You can also report the scam, or suspected fraud, to the police via Action Fraud by calling 0300 123 2040 or via its website.

As always, we recommend running reputable security software on your devices which can help to warn you of dangerous links in emails.

And learn to spot the signs of a scam: non-genuine website addresses, text messages from regular mobile numbers (instead of a named company), poor spelling and grammar.