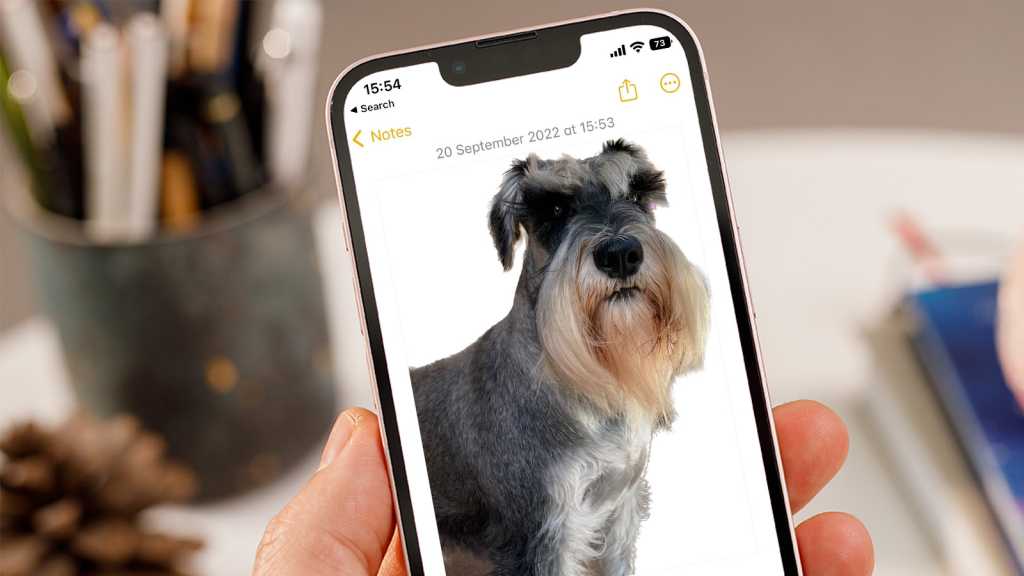 If you’ve updated your iPhone to iOS 16 you might have noticed a strange animation when tapping on a photo. It’s a bit like a flash of lightning zapping across an object in the photo, after which the light flashes around the object to highlight what has been selected.

The chances are that you’re wondering what this weird feature is and what you’re supposed to do with it.

Apple rather uncreatively calls it “Lift subject from background” but, literally, that’s exactly what it does. It’s a really clever bit of software trickery that identifies the subject in a photo and isolates it from the background.

All you have to do it tap on a person, pet or some other object in a photo – it has to the main one – and you’ll see the odd animation to show you that’s worked.

If you tap Copy, you can then paste the cut out image (which appears on a white background) into a social media post, a Note, a document or just about any app that supports images.

The Share button is a slightly more streamlined option as it allows you to quickly post your cute kitten cutout to Twitter, or send it to recent contacts, attach it to an email, AirDrop it to someone nearby or share it to another supported app.

As ever, you can use the Share menu to save the image to your iPhone so you can share it later. Or, you could assign it to a contact, print it or even create an Apple Watch Face from it.

Though the photo cutout has a great wow factor, it also has its limitations. It’s remarkably good at figuring out what’s subject and what’s background – even if the photo wasn’t taken using your iPhone cameras.

But it isn’t infallible. It doesn’t always work perfectly: it struggles if there’s something in front of the subject, such as tall grass, something immediately next to the subject, or if the subject is a similar colour to the background.

Even then, it does an amazingly good job, as it has with these giant African snails. It shouldn’t have selected the lettuce, but it’s still a shareable image.

Give it a try and see how it works on your photos. Apple says the feature isn’t just available in the Photos app: it should also work on Safari, Quick Look, Screenshots and  in other apps.