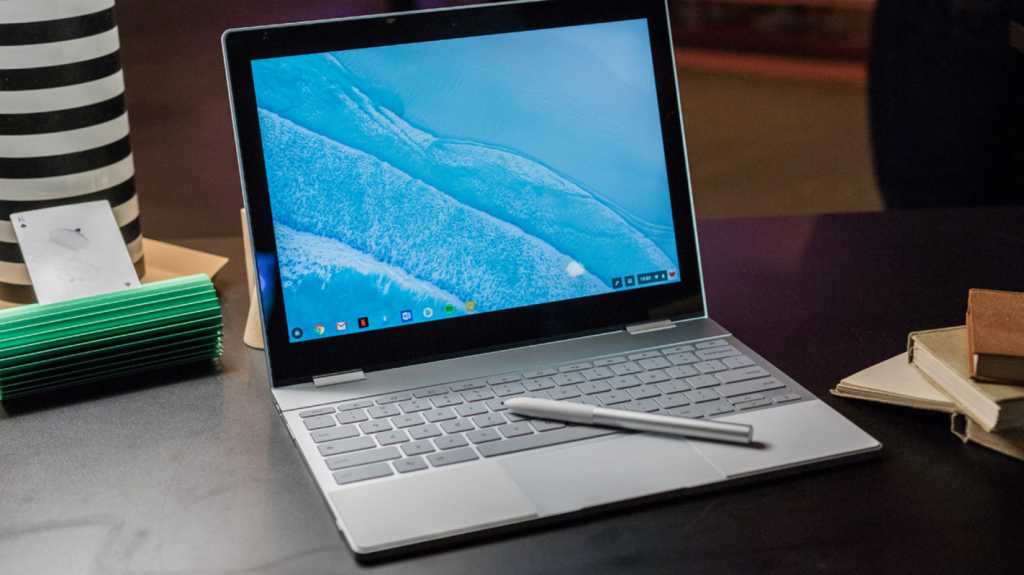 Google is as much a hardware company as it is a software one these days, but it looks like one key product doesn’t have a future.

According to The Verge, Google has cancelled its next Pixelbook device, previously slated for release in 2023. But the tech giant has supposedly gone a step further, shutting down the entire team that was working on it. Rather than just one device being abandoned, this suggests we’ll never see another Google-branded Chromebook again.

If true, it represents a significant U-turn for Google. At its I/O developer conference in May, hardware chief Rick Osterloh indicated that new Pixelbooks were very much in the company’s plans. Google has been hinting at streamlining its hardware division for a while now, but this still comes as a big surprise.

On the face of it, it’s easy to understand why Google might have come to this decision. Despite creating Chrome OS back in 2011, the company has never really been one of the major players in the Chromebook market. Many people turn to devices from the likes of Acer, Asus, Lenovo and HP, most of which are well received.

Google has also taken a cautious approach to Pixelbook hardware, with just two devices in total and none since the Pixelbook Go three years ago. A follow-up to 2017’s original would’ve been great, but it’s by no means necessary for the future of Chromebooks. Devices running Chrome OS became more popular than ever after the pandemic began, with Pixelbooks thought to account for a tiny percentage of total sales.

Despite all this, I firmly believe it would be a mistake for Google to stop making its own Chromebooks. Here are four key reasons why.

Pixelbooks are among the best Chromebooks you can buy

It might seem obvious, but both Pixelbooks that Google has released are impressive devices. The $999/£999 regular model was an anomaly when it launched five years ago, given the strong link between Chrome OS and budget hardware.

But Google’s choice of premium materials and a thin and light design helped it stand out from the competition, especially when combined with a 360° hinge. A rather basic software experience compared to Windows 10 was the main thing holding it back, but Chrome OS has improved significantly since.

Then there was the Pixelbook Go, which remains one of the best Chromebooks you can buy three years after its release. With an excellent display, solid performance and great battery life, it still ticks all the boxes for many people in 2022.

Given that track record, it’d feel like a missed opportunity if Google gives up on Chromebooks now.

Chrome OS is far from exclusive to budget devices these days, but high-end Chromebooks remain rare. Google is one of only a handful of companies to release more expensive machines – it speaks volumes that none are included in our best laptop chart at the time of writing.

Being known as the premium Chromebook company would be no bad thing for Google. The ability to control both hardware and software gives it a key advantage, and Pixel phones have proven that this can help deliver a great user experience.

Google is also a big enough company that it can take risks with Chromebooks without worrying too much about its bottom line. It feels like only a matter of time before we get a foldable Chromebook – why can’t Google be the firm that makes it happen?

They’re a significant part of the Google ecosystem

All major tech brands are keenly aware of the value of an ecosystem of products and services that are all designed to work together. It’s something that’s been effective for Apple, making it very difficult to jump ship to a different product or operating system.

For Google, the situation is much more complex. Lots of different companies make phones that run its Android software, while Windows remains the dominant operating system on laptops and desktop PCs.

Google has probably accepted that Chrome OS won’t ever be more popular than Windows, but that’s not a reason to stop making Chromebooks. A Pixel phone already works seamlessly with the Pixelbook – why wouldn’t Google want to make the experience even better?

The company already does this to an extent with its Pixel Buds, with some exclusive functionality reserved for people who own a Pixel handset. The company is also set to return to tablets in 2023, and there’ll presumably be some features that make it more compelling if you already own Google hardware.

Regardless of their popularity, abandoning an entire product category makes it that bit easier for people to ditch Google hardware completely.

The Pixelbook is already an established brand

Google has only ever released four Chromebooks, and just two that were branded as Pixelbooks. But the coverage and attention that all have received speaks volumes. Google is one of the biggest tech companies on the planet, and it can almost guarantee that any new product will get people talking.

While that doesn’t always translate to sales, it’s something most companies can only dream of. It’s also the main reason why the Pixelbook brand has been able to establish itself so quickly, something Google should use to its advantage.

The company will always be known as the creator of Chrome OS, and there’s no sign of it stopping development of the operating system anytime soon. Being in control of both the hardware and software puts Google in an enviable position, allowing it to tailor Chrome OS for each and every Pixelbook device. That’s not something it should give up lightly.

If Google decides to stop making its own Chromebooks, it’s unlikely to have a significant effect on the company’s revenue or reputation. But I believe it would be a big missed opportunity for Google to fully embrace Chrome OS hardware and help take it to the next level.