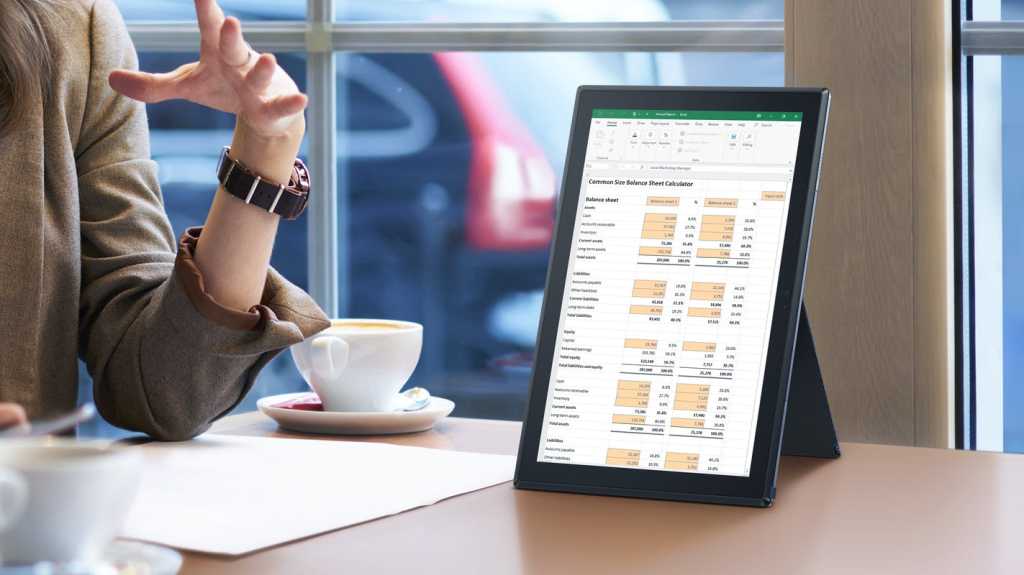 Microsoft’s Surface Pro has had plenty of competition over the years, but Asus’ latest device takes aim at the company’s budget 2-in-1 instead. The new ExpertBook B3 Detachable has the same 10.5in display as the Surface Go 3, but key differences elsewhere make it a credible alternative.

The most obvious is under the hood, where the B3 Detachable ditches Intel for Qualcomm’s Snapdragon 7c Gen 2 chipset. It’s a significant step down from the 8cx Gen 3 that powers flagship ARM-based devices, but is still capable of delivering good performance.

At least it will on the models with 8GB of RAM; those with just 4GB may not be as sprightly. All models include 4G connectivity, but not 5G as the 7c Gen 2 doesn’t support it.

One of the key benefits of ARM-based processors is long battery life. The B3 Detachable is equipped with a 38Wh cell, a relatively small capacity as tablet batteries go, but Asus says it’ll deliver up to 21 hours on a single charge. Don’t expect that to translate to three-day battery life, though: real-world usage is likely to deplete it much more quickly.

That 10.5in display is a 1920×1200 IPS panel, meaning it adopts a 16:10 aspect ratio. According to Asus, it can hit a brightness of 320 nits – fine for indoor usage, but a struggle outdoors. A thick bezel gives the device a dated look, but the trade-off is military-grade durability: a bonus from a device that weighs just 600g.

The screen supports input via touch and stylus, with the option to have a pen built into the side of the tablet itself. That’s a key advantage compared to the Surface Go 3, where its compatible stylus must always be carried separately. Microsoft sells it and the keyboard cover separately, but with the ExpertBook B3 Detachable, both can be included.

Asus has managed to include a full-size keyboard with a decent 1.5mm of travel, plus spill-resistance for up to three minutes. Combined with the built-in kickstand, it should deliver a familiar typing experience.

Other features of note include two cameras (13Mp rear, 5Mp front-facing), stereo speakers and a limited selection of ports, consisting of just one USB-C port and a 3.5mm audio jack. There’s also just 128GB of storage available (eMMC, rather than the faster memory technologies used by SSDs), with no option to expand via microSD.

Given these relatively basic specs, it’s a surprise to see the device added to Asus’ business-focused ExpertBook range. The company says it’s suitable for remote learning and working, but likely as an additional device rather than a laptop replacement. Perhaps the only indication of it being a business device is the operating system – it runs Windows 11 Pro.

So far, we only have a US starting price for the B3 Detachable: $599.99/£499. That’s significantly more expensive than the Surface Go 3 starting price ($399.99/£369), but similar to what you’d pay for Core i3 models of Microsoft’s device. It’s currently only available at Best Buy in the US, with more retailers and international availability still to be confirmed.

Even so, the ExpertBook B3 Detachable looks set to be a contender for our best 2-in-1 chart. The Surface Go 3 (or upcoming Go 4) remains the safe bet, but this may tempt a few people to opt for an Asus instead.