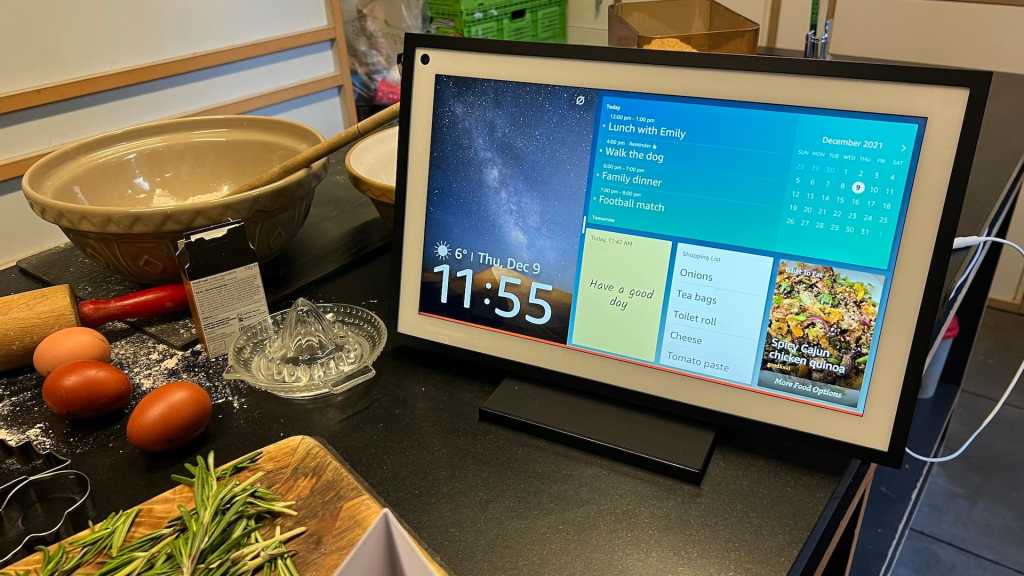 Since 2017, Amazon has held its own hardware event at the end of September, using it to launch new gadgets from smart speakers to media streamers and security devices.

And it has now sent out invites to the what it is calling a “Devices & Services and Ring event” on 28 September 2022 where we expect the unveiling of new products in its Echo, Fire TV and Ring ranges – and maybe others besides.

It’s a private event that won’t be streamed to the public, so keep an eye on Tech Advisor’s home page as we’ll be there to bring you the news.

But what will the company launch? Here’s what we think you should expect.

Just before we get to that, what you shouldn’t expect are any new e-readers. Amazon has only just announced a new, entry-level Kindle, complete with USB-C, so it’s very unlikely it will launch any other new models.

Last year, Amazon surprised everyone with an even bigger smart display: the Echo Show 15, at 15.6in screen designed to hang on your wall like a digital picture frame.

What it didn’t do was to update its core Echo speaker, so while we’d predicted the Echo 5 (and Echo Dot 5) we got it wrong.

This year then, surely some new Echos will be wheeled out. It’s hard to say whether they’ll have a new design or if Amazon will simply update the internals and keep the existing spherical form factor.

We already know that new devices will support Matter – the new smart home standard – but this won’t exactly be a reason to buy the new devices because Amazon already said last year that “most Echo devices” will get a software update to enable this. There’s no definitive list of which models will and won’t, though.

The Echo Studio may get an update – rumours about a new model were floating around a few weeks back – and there might even be a second-generation Echo Show 15. We’ll have to wait and see.

The Fire TV Stick 4K Max launched about a year ago, and isn’t really due for an update. The range is already larger than it needs to be with four models all closely priced.

The third-gen Firestick launched around 18 months ago with a faster processor and the latest remote control, so again doesn’t really need updating.

Chances are, then, that Amazon won’t unveil new models at its hardware event this year.

It might announce that it will sell its own-brand TVs in other countries. They’re currently exclusive to the US and, being based in the UK, we’d certainly like to see them this side of the pond.

The 2020 hardware event was memorable for the wacky Always Home Cam – a flying home security camera that use drone technology to manoeuvre the camera around your home.

This still isn’t on sale except by invitation, but that’s true of many of the more experimental devices that have been launched at these fall hardware events.

A new Ring alarm system debuted at the 2021 event, but it’s difficult to say what we might see this year.

A large proportion of the 2021 announcements were totally unexpected. The $999 Astro home robot, for example, introduced a new category of device, as did the Amazon Glow, a “video-call and play together” device designed to help children “bond with remote family”.

Maybe we’ll see more of these oddball devices. However, Amazon might be gearing up to take the wraps off its own Bluetooth item tracker. Dubbed the Amazon Fetch, this was rumoured ahead of the 2021 devices event.

It’s slightly surprising that Amazon hasn’t jumped onto this particular bandwagon, especially as it could use the Alexa app – installed on millions of phones – to anonymously note the location of Fetch trackers and help reunite them with their owners.