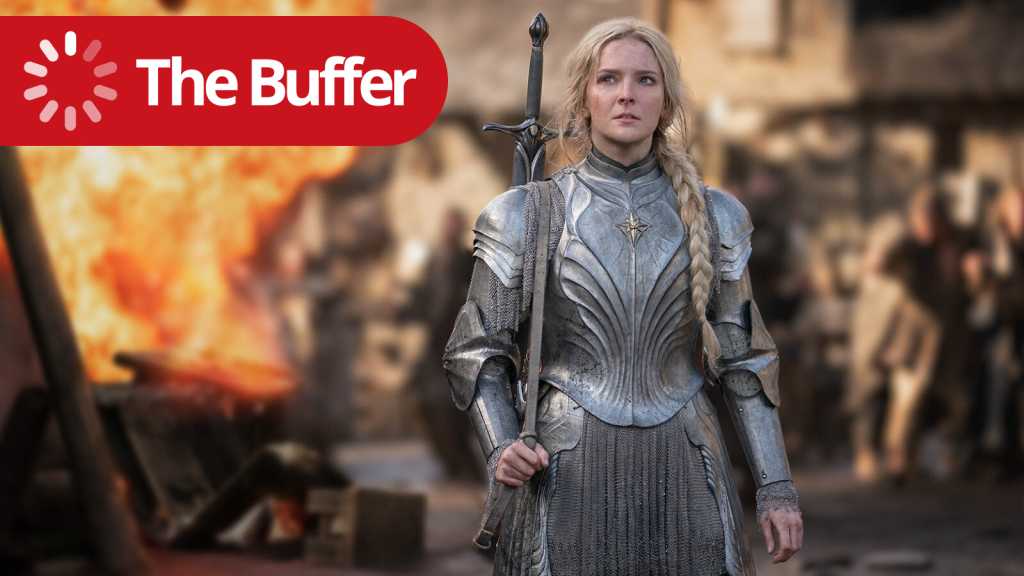 Amazon’s prequel series to The Lord of the Rings – The Rings of Power – made its debut on Prime Video after years of hype for Amazon’s most ambitious streaming project to date.

Unsurprisingly, this adaptation of Tolkien’s lore did not disappoint when it came to numbers. It attracted a whopping 25 million viewers on opening day, obliterating the 10 million set by HBO’s Game of Thrones spin-off, House of the Dragon just over a week prior.

This was likely helped by the headline-dominating publicity regarding the sheer expense of this new fantasy series.

The production for the first season alone allegedly cost around $462 million (£399 million) which works out to around $57 million (£49 million) per episode – nearly twice the cost of Stranger Things season four.

This makes it the most expensive TV series ever made – even greatly overshadowing the budgets of several major films of this year, including Top Gun: Maverick and The Batman, which cost $170 million (£147 million) and $185 million (£161 million) to make respectively.

On top of that, Amazon paid $250 million (£213 million) in November 2017 to secure the rights to the series and has committed to at least a second season. However, it is expected to run for at least five – something that Vanity Fair predicts will cost over $1 billion (£901 million).

Then there’s all the marketing costs and promotional costs, with Amazon going big on some of the fanciest screenings for journalists and influencers alike. Altogether, the Wall Street Journal estimates that so far, the cost of The Rings of Power stands roughly at $715 million (£622 million).

These numbers may be eye-wateringly high, but they will spark curiosity from many, even those not even remotely interested in The Lord of the Rings. This is a new era for television, with VFX, costumes and sets on a scale that we could never have imagined before, and a budget we may not see again for a very long time.

The series has been praised by critics for recapturing the majestic and ethereal tone that Peter Jackson’s original films are known for. It’s got a big advantage over rival series House of the Dragon in that it is much more family-friendly – no horrific birth sequences, gory blood baths or incestuous sex scenes will be found here.

It also has the benefit of being attached to arguably the most famous fantasy series that the world has ever known. Even if it’s not everyone’s cup of tea, many are bound to keep tuning in purely to find out how it interweaves with the stories already told.

The total current budget for the show translates to roughly 5.1 million annual Amazon Prime subscriptions in the US, according to Business Insider. This should be a figure that Amazon can make back, especially when you consider that subscriber growth is likely to grow again later this year when we get to the Black Friday sales, something Amazon often dominates.

In the UK, the timing has also worked out rather well for Amazon (not so well for us subscribers, however). Next week, subscription costs will be rising in the UK, from £7.99 per month to £8.99 per month, and from £79.99 to £89.99 per year – students will also get a similarly priced increase on their plans (find out how to lock in the lower Prime prices for longer here).

This means that viewers who are already committed to the show will either lock in for an annual price or continue to pay the higher fees until the show finishes in mid-October. I have no doubts that people will continue to keep watching – especially as we enter the colder months, and viewers will seek to stay inside and settle down over some good telly.

Amazon Prime Video has seen some other wins this year, including season 3 of the gritty satirical take on superheroes, The Boys. However, it hasn’t started to churn out IPs like its rivals Netflix and Disney+. The Rings of Power is their powerhouse – One Ring to rule them all, if you will.

But it’s certainly not a risk for Amazon. The Lord of the Rings made over $3 billion at the box office across all three films and reignited the love for fantasy-based shows and films. It’s a franchise that has proven success and a widely established fanbase.

Plus, as a $1.3 trillion company, Amazon has other benefits for customers through Prime that the other streaming platforms cannot compete with, so it can continue to grow financially in other areas. With Netflix still struggling to make up for losses, this could be the show that shakes up the streaming wars once and for all – I know I’ll be keeping my eyes peeled.

Autumn telly is finally coming back, and with it comes one of the most convoluted quiz shows that I can think of. Only Connect is hosted by Victoria Coren Mitchell and revolves around the contestants’ finding connections and sequences within a series of clues.

However, the questions themselves will leave you often banging your head against a wall, they are that ridiculous. Nonetheless, the satisfaction you get when you manage to get one right is unbeatable. Only Connect airs on BBC Two every Monday at 8pm, and you catch up on it over on BBC iPlayer.