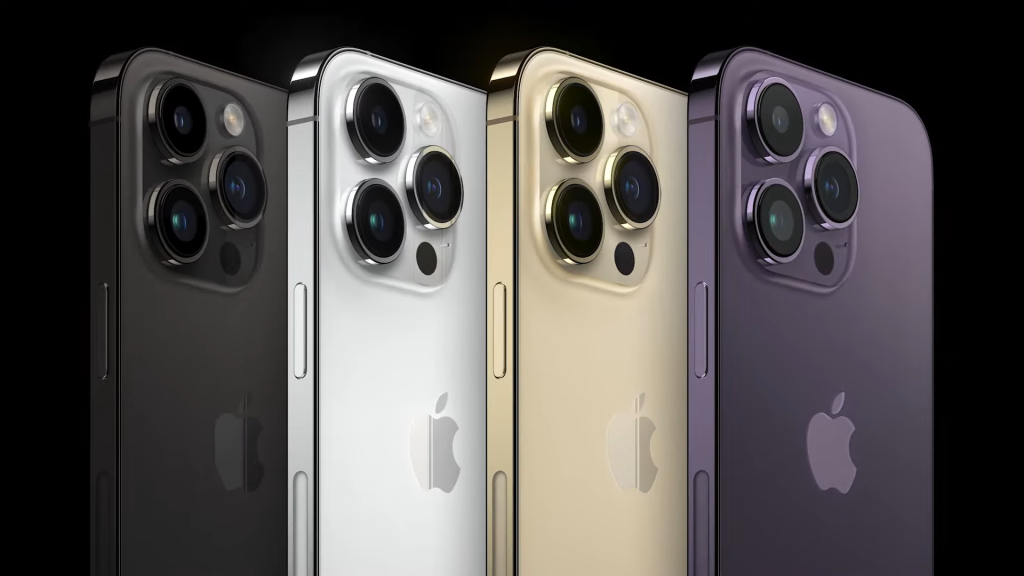 Apple’s new iPhone 14 Pro and iPhone 14 Pro Max have a new screen design that does away with the familiar notch in favour of a pill-shaped and circular cut-out in the screen that houses the sensor array for Face ID and cameras, with the proximity sensor now behind the display.

The phones fill in the gap between the two with black pixels. Apple calls this created long pill shape the Dynamic Island, which will appear to expand and retract depending on what you’re doing on the phone, from music playback, to using Face ID, to making payments. It can also display things like sports scores when you’re in other apps.

The iPhone 14 Pro and 14 Pro Max also have slightly slimmer bezels but are still 6.1in and 6.7in in size and are the first iPhones to support always-on display features that we’ve seen on Android phones for the past few years, allowing information like time, date, and notifications to be glanced at even when the screen isn’t fully on.

Controversially, the iPhone 14 Pro will not have a SIM card tray in the US, meaning everyone who gets one will have to set up an eSIM.

When was the iPhone 14 Pro be released?

The iPhone 14 Pro and iPhone 14 Pro Max are available to buy in many regions including the US, UK, France, and Spain following release on 16 September.

In some other regions, it will be available from 23 September.

As ever, you can buy directly from Apple. Also check our full article on where to buy the iPhone 14 Pro for more information on pricing.

How much does the iPhone 14 Pro cost?

Though the price matches last year’s iPhone 13 Pro range in the US, there’s a notable price hike in the UK likely due to currency fluctuations.

The latest high-end iPhones are the only models this year to get the new A16 Bionic chipset. Apple says its 6-core CPU is “up to 40% faster than the competition”, without naming any competitors or comparing it to last year’s A15, perhaps hinting the A15 is pretty darn fast already.

The regular iPhone 14 and 14 Plus are sticking with the A15 found in the iPhone 13 lineup, retain the now-classic iPhone notch, and don’t have always-on displays or 120Hz refresh rates – a clear sign Apple is pushing hard to upsell you to the Pro models this year.

The always-on display is coming to Pro models only, and has been timed to coincide with the release of iOS 16, whose headline new feature is widgets, and more customisation in general, to the iPhone’s lock screen.

That Dynamic Island is oddly named but interesting, as Apple is trying to both hide the holes in the display while making them useful and even playful with the software animations around them.

For the first time, the iPhone 14 Pro and 14 Pro Max are iPhones with more than a 12Mp main camera, boosting all the way up to a 48Mp main wide angle lens – a sensor 65% larger than on the iPhone 13 Pro. The new phones use Apple’s new software smarts called Photonic Engine that claim to improve optics even further from the iPhone 13 Pro.

There’s also a larger sensor 12Mp ultra-wide lens that claims to be able to take in three times more light, which Apple says helps with its macro photography. The telephoto lens is also 12Mp.

Apple says the A16 chip is needed to take full advantage of the Pro’s camera features, though the improvements in low light are apparently down to the new hardware, which includes a new front-facing camera with an f/1.9 aperture. This camera also has autofocus, a first for an iPhone’s selfie shooter.

A new Action Mode aims to recreate what a physical gimbal device would do to steady video capture, while the Cinematic Mode introduced on the iPhone 13 can now record in 4K. Incremental upgrades these are to what was an already accomplished smartphone camera on the iPhone 13 Pro, but it’s interesting to see Apple finally go for a larger megapixel count on its main lens. But don’t worry, your iPhone 12 still takes great photos.

The iPhone 13 Pro Max had the best battery life we’d ever seen in a smartphone with Apple quoting 28 hours of video playback. The company is only promising one more hour of video on the 14 Pro Max, while it says the regular 14 Pro can chug away for 23 hours.

The satellite service is coming in November and will be free for two years on iPhone 14 models, suggesting it will cost after then. It’s also only for the US and Canada to being with, but it could prove life-saving and is a feature we hope Apple hurries to other markets.