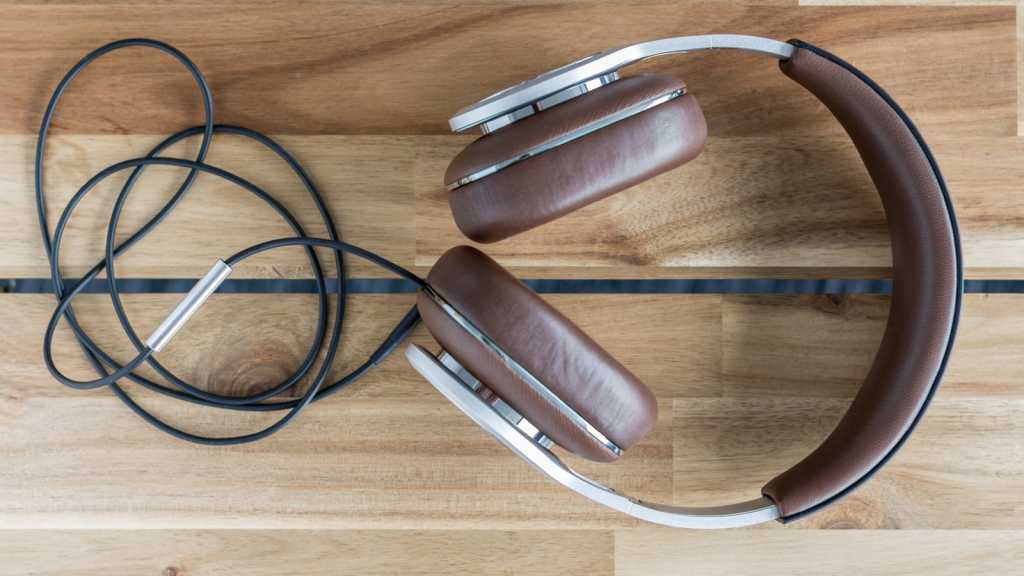 Looking for something better than Windows Media Player to manage and organise your music library? Well here we round up some of the best free and paid music players for Windows.

We’re certainly not saying there’s anything major wrong with Windows Media Play, but it’s worth trying out some alternatives. You can always go back and there a load of features you might be missing out on.

There are a lot of free and paid options on the market but we’ve rounded-up what we think are some of the best available.

If you need something simplistic, then AIMP is a good shout for a free media player. We like the well-designed interface (changeable with skins) but that’s really just the start. What AIMP is really great for is those who have a very unorganised collection of music. The software can organise create a library from multiple directories and ripped CDs, with automatic track numbering and tag filling – with excellent file support, too.

Once you’re going, you can start making use of the decent set of features including an alarm clock and a voice remover so you can make your own karaoke tracks. You’ll also want to check out the range of plug-ins such as YouTube and Soundcloud. 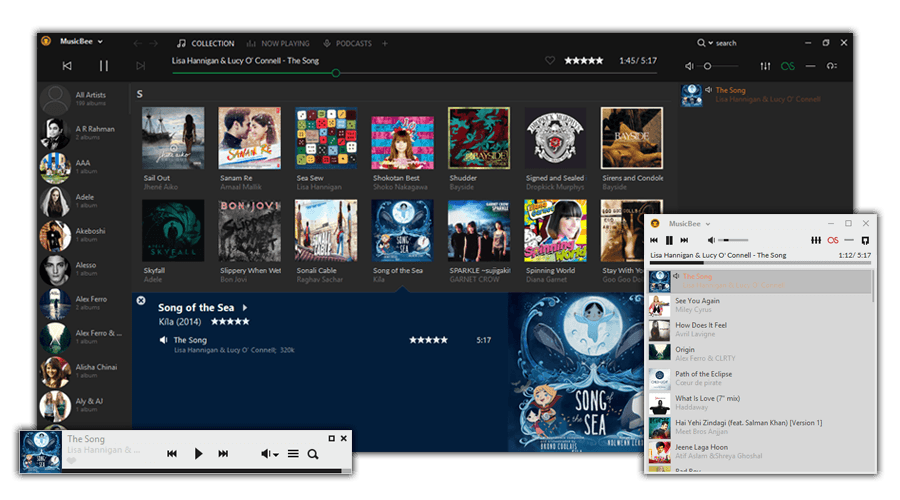 As free music players go, MusicBee is up there with the best. For many a real boon is the ability to import your library from Windows Media Player or iTunes and then automatically download missing track metadata like album art and track names. You can also manually tag everything with the built-in editor

Moving on and the player has loads of features to make use of. There are different player modes to suit situations and you can even control playback using the Android app. MusicBee will also lookup lyrics so you can sing along or at least understand the song and there are plenty of plugins including Last.fm, smart playlists and more. 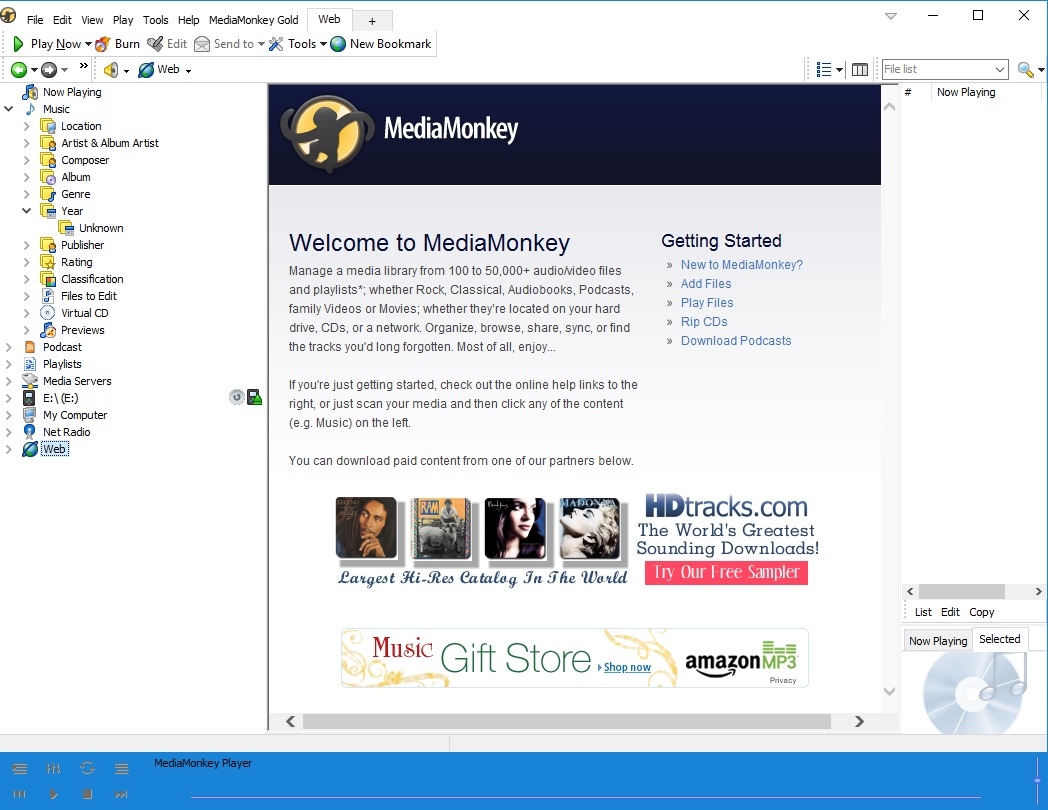 Compared to basic music software, MediaMonkey can be a little overwhelming but you’ll get used to it. For starters it’s great that the program can handle plenty of formats including MP3, AAC and FLAC. It can also play video such as mp4 and AVI.

Basic features include the ability to rip CDs, download podcasts and track metadata but it can do so much more. MediaMonkey constantly scans for library folders for changes to update your collection and will importantly sync with many iOS and Android devices. Upgrading to the paid Gold version will get you additional features such as multiple music collections, advanced auto playlists and other automatic things such as levelling and artwork. 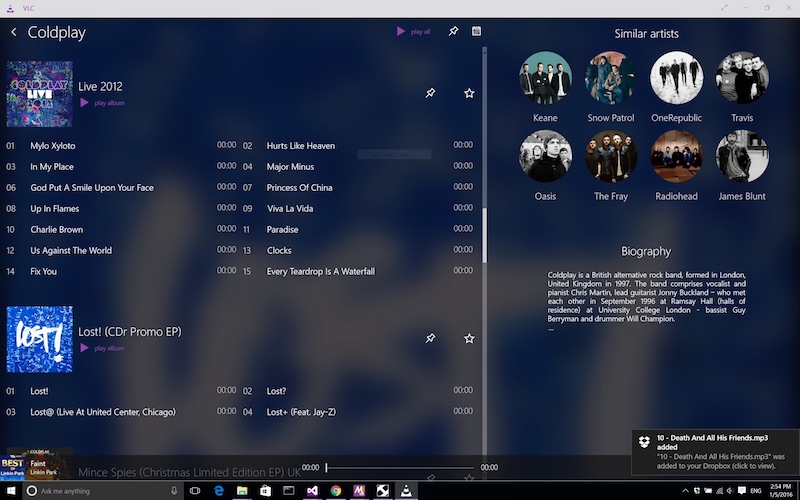 You probably know VLC as a video player but it’s a decent music player, too. One of its greatest features is the ability to play almost any music or video format known to man, plus the ability to do conversion. You can drag and drop your audio files and VLC will organise them into folders – then you can select via artist, album, genre and other metatags. 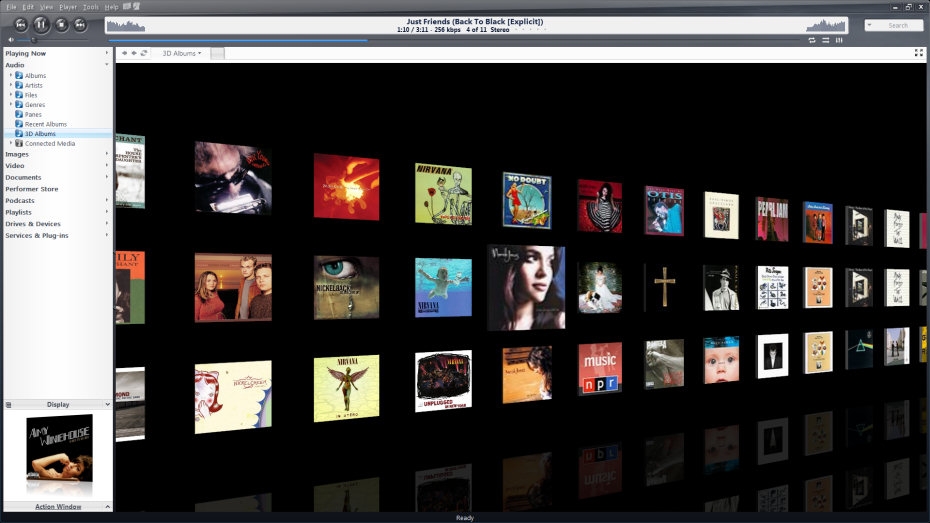 Another paid option when it comes to music players is JRiver, although it does a lot more than just play tunes. As the name suggests, the software is a media centre and you can integrate services such as Last.fm, Netflix, and Youtube. It can also handle photos.

JRiver can organise and manage large collections of files and is most appropriate for those wanting to network. It supports things such as DLNA servers and can record TV in high definition. Furthermore, you can control the software from a range of devices including iOS and Android. If you’re not sure about paying for it, you can try it free for 30 days.