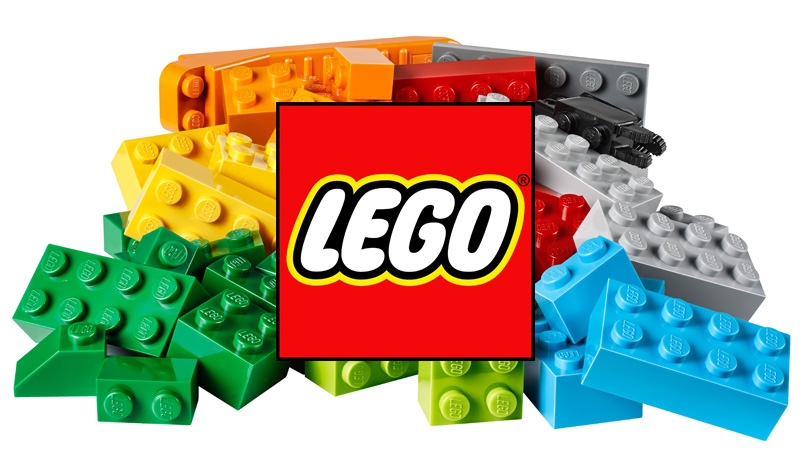 The popularity of LEGO shows now sign of slowing down. What started as a simple but expertly built toy in the 40s rapidly became much more. There are now six Legoland amusement parks, lots of LEGO movies and video games, and some rather pricey but incredibly cool sets available to buy and build.

Here, we bring you some of the most exciting new sets announced by LEGO, including new Harry Potter sets, and some older favourites of ours. Let us know what your favourite LEGO set is in the comments below or on Twitter.

The new LEGO Hogwarts Castle, announced on 25 July, has made both Harry Potter and LEGO fans incredibly excited. It’s not hard to see why.

This set is enormous, with more than 6,000 pieces including four mini figures, 27 microfigures, Hagrid’s hut, the Whomping Willow and five boats. That makes it the second-biggest set ever released by LEGO, behind the 7,500 piece Millenium Falcon.

It also includes the Great Hall, the Defence Against the Dark Arts classroom, the Chessboard Chamber, the Room of Requirement, the Chamber of Secrets, the Gryffindor Common room, Professor Dumbledore’s office and more.

The Hogwarts Castle is just part of a whole host of new Harry Potter and Fantastic Beasts sets, all of which you can see here. 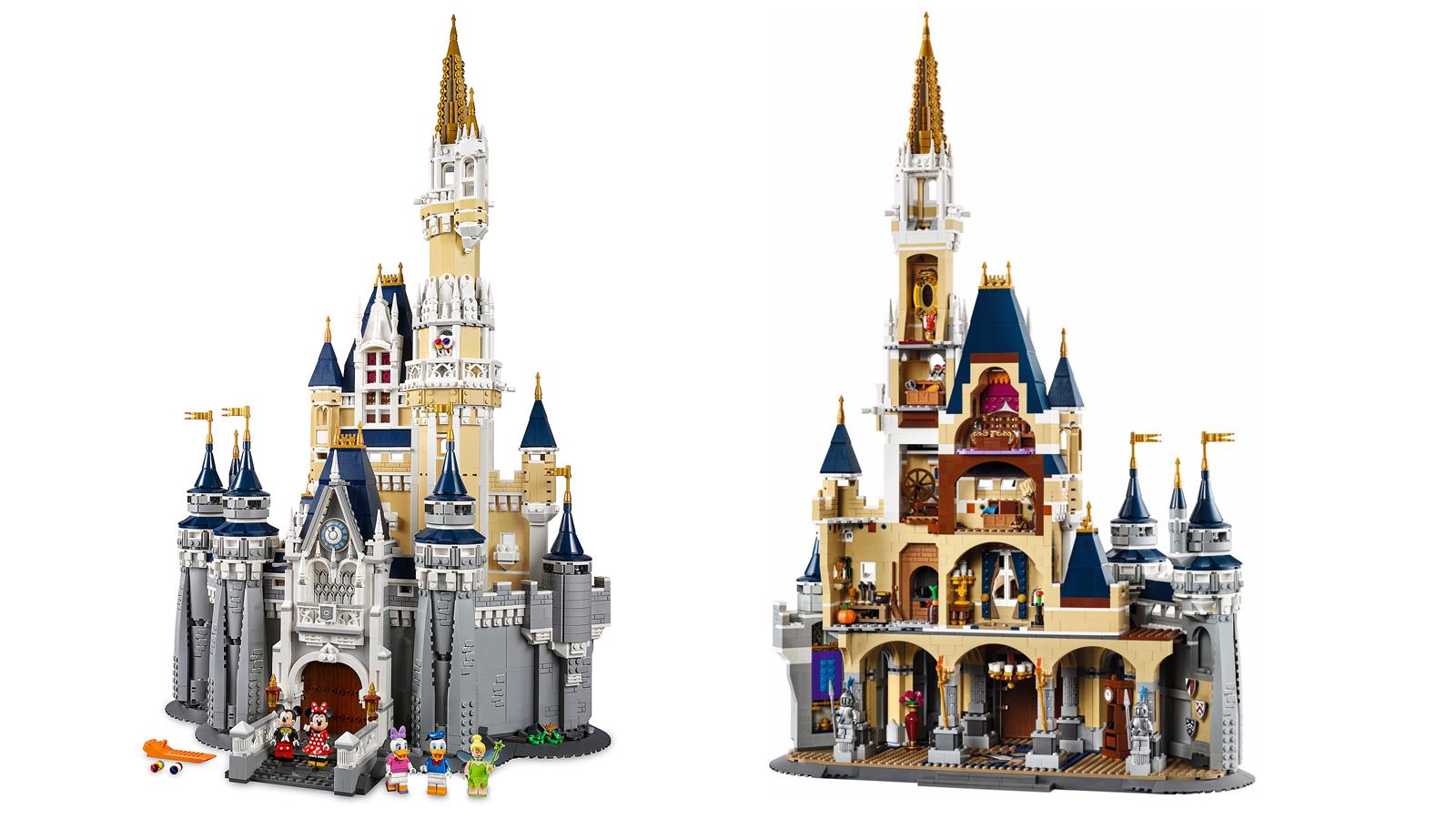 This is the LEGO set of dreams: The Disney Castle complete with minifigures of Mickey, Minnie, Donald, Goofy and Tinkerbell.

It features more than 4,000 pieces that, once put together make up the castle’s stone bridge, balconies, spired towers and detailed rooms that you can see right into. 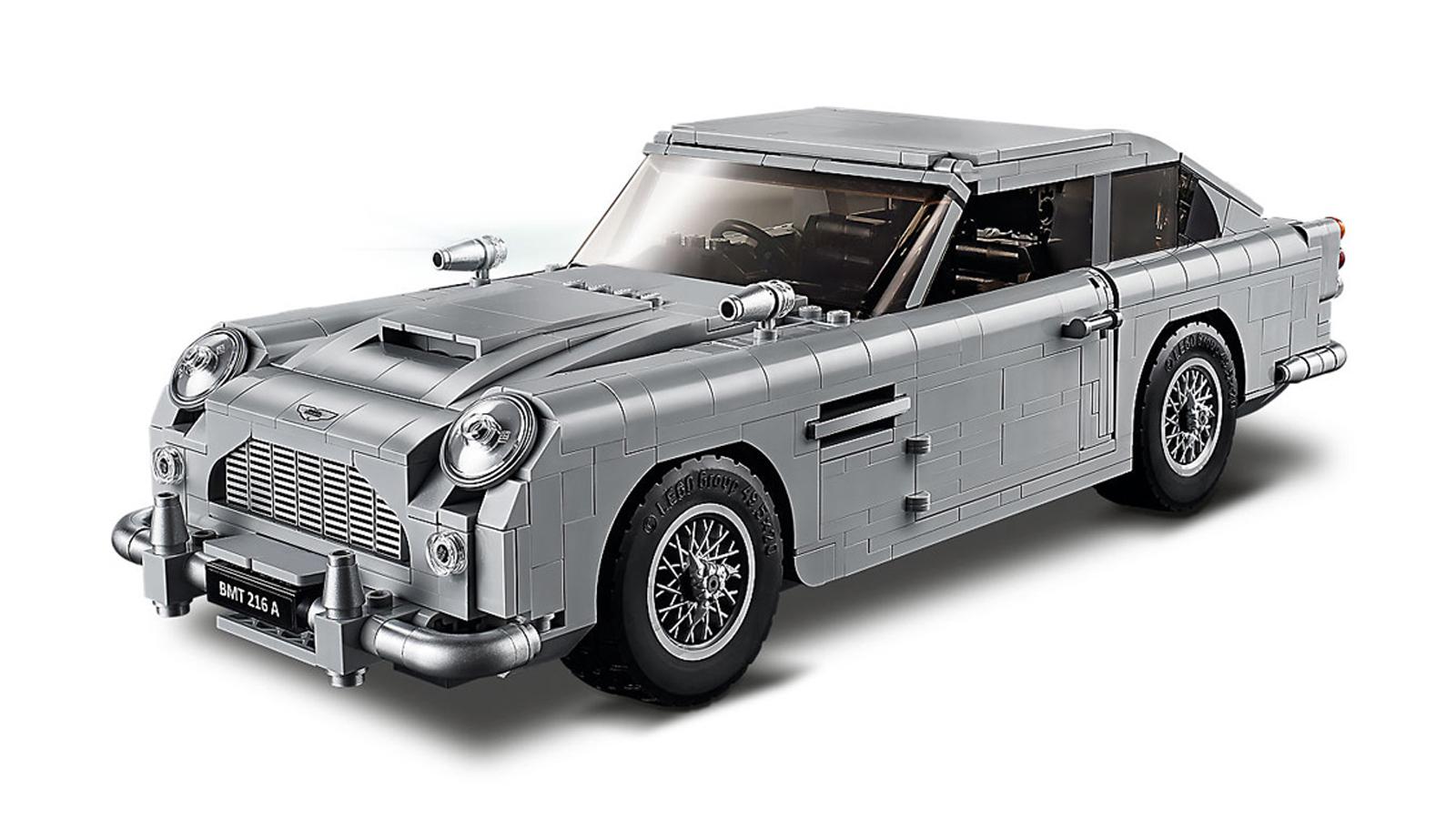 Another new release from Lego now, and this one is very cool. It’s a replica of the 1964 Aston Martin DB5, as driven by James Bond himself.

It features an opening boot and doors, and there’s even James Bond gadgetry inside such as a working ejector seat and revolving number plates.

The model car also features a detailed straight-6 engine, concealed beneath the bonnet. 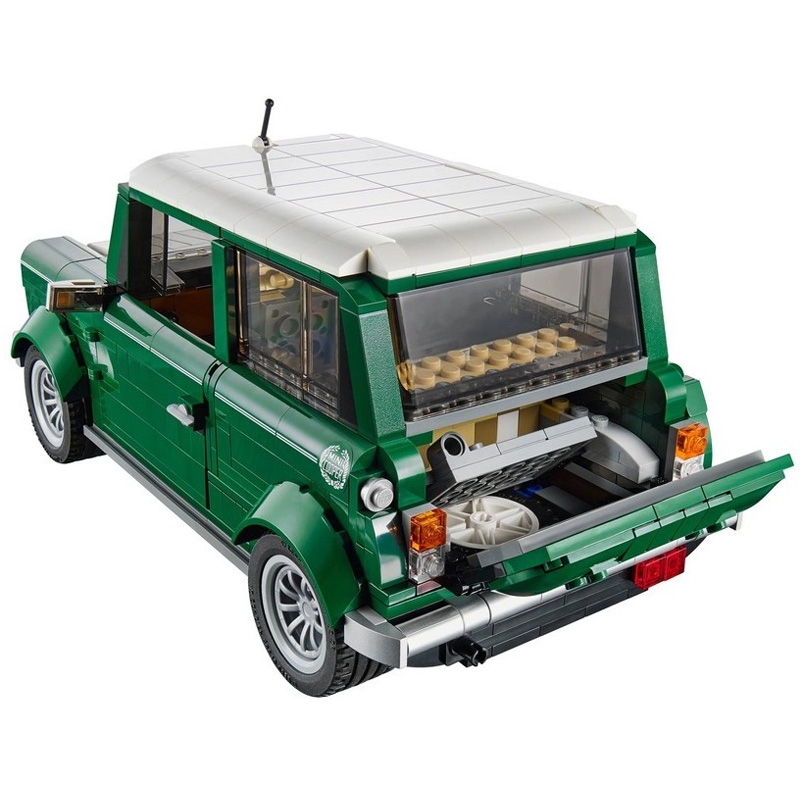 For the classic car enthusiast in your life, we present the Lego Creator Mini Cooper Car, a replica of the classic Mini Cooper Mk VII. It’s filled with authentic details, including the classic green and white colour scheme with white wing mirrors and racing stripes and matching tan coloured interior.

You can open the hood to examine the detailed LEGO engine, open the doors and even open the trunk and separate spare tire compartment.

The roof of the Mini Cooper can be removed to access its interiors, featuring a veneer-style dashboard and turning steering wheel as well as a moving gearbox and break.

It even features working headlights and has a mini-picnic basket and blanket for those quaint British summer days. 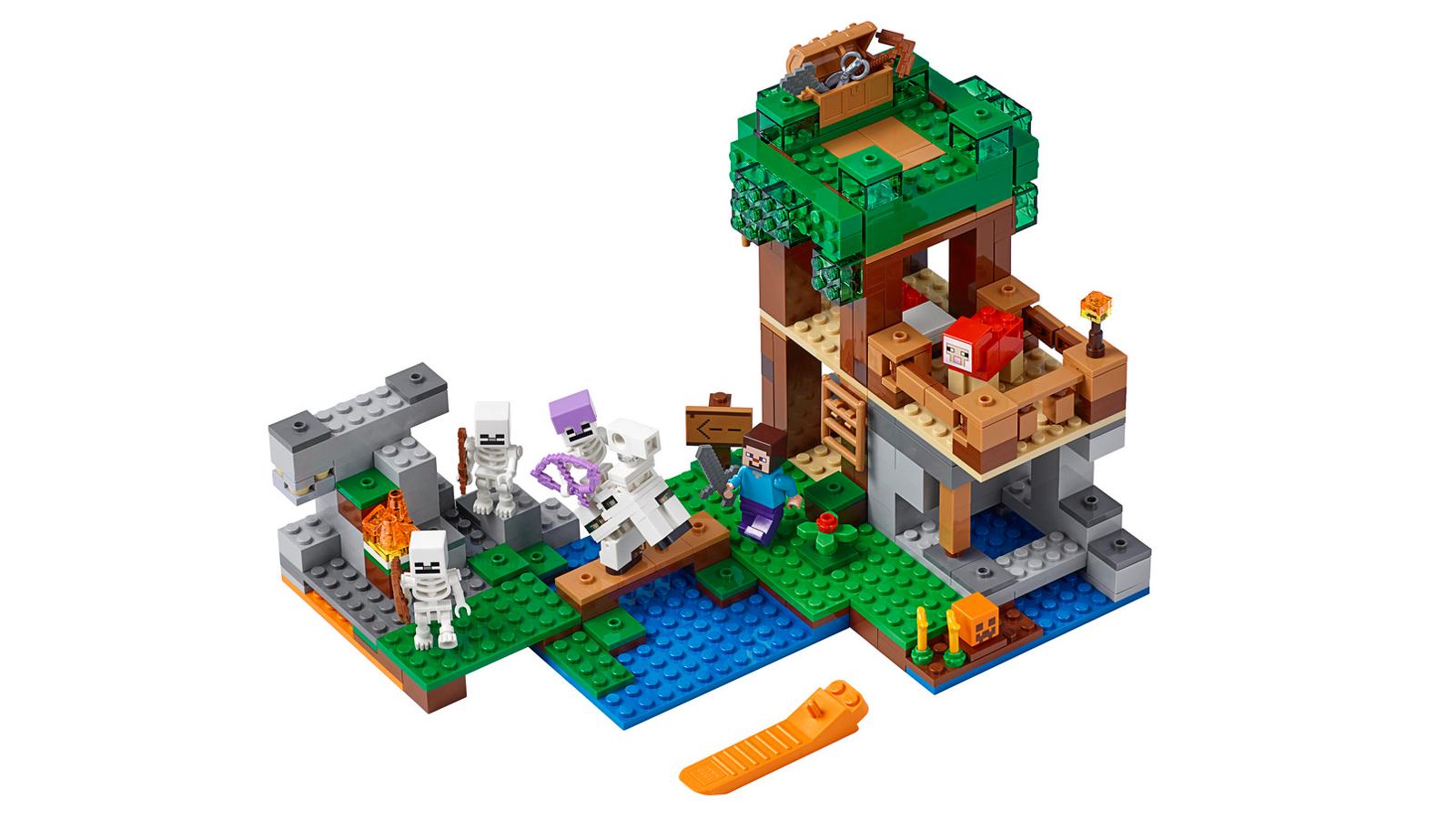 LEGO and Minecraft are arguably similar concepts, and these collaborations are great. This set allows you to build a shelter complete with a trap door that’ll help you defend yourself in the battle against Skeletons.

This is just one of many Minecraft LEGO sets, including the hard-to-find Mountain Cave set, The Polar Igloo and The Farm Cottage. 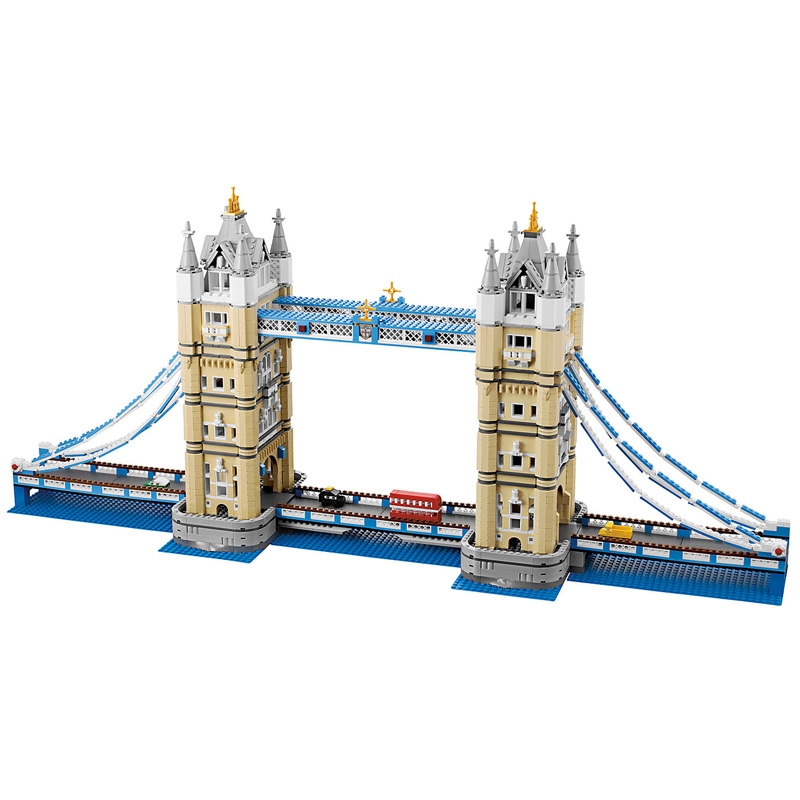 For the more hardcore LEGO fans that require a challenge, we present London’s Tower Bridge in LEGO form. Part of the ‘LEGO world buildings’ collection, Tower Bridge comes complete with a working drawbridge and pieces exclusive to this set, thanks to the complexity of the structure.

It has a whopping 4,287 pieces to it, measures in at over 1m long and comes with four miniature iconic London vehicles; a black London taxi, a yellow truck, a green automobile and even a double-decker bus. It includes five blue base plates, and over 80 windows – this one might take you a while.

Tower Bridge is among LEGO’s ‘Expert range’, which includes some other favourites of ours that are well worth a look. The Roller Coaster set, for example, or the amazing Taj Mahal. 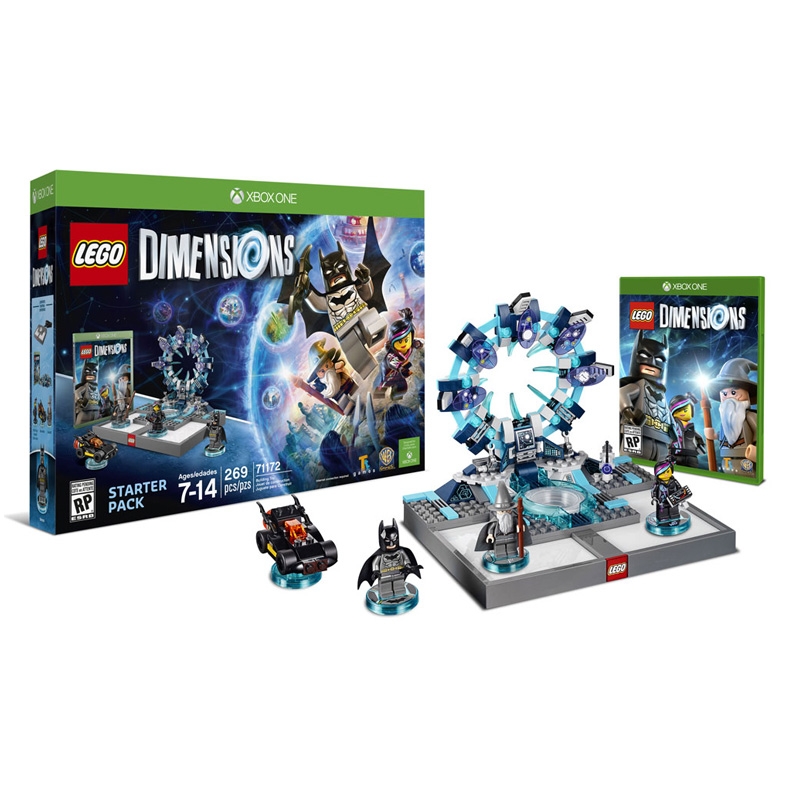 LEGO Dimensions is a hybrid between a digital game and the physical LEGO that we all know and love. Players can buy the LEGO Dimensions starter set for the PlayStation, Xbox or Wii U and expect to get three hundred LEGO pieces used to create a controller and three characters: Batman, Gandalf from The Lord of the Rings, and Wyldstyle from The LEGO Movie.

There are also additional kits available boasting characters from Scooby Doo, The Simpsons, and even Doctor Who, just to name a few.

The game works by recognizing the characters and vehicles that are placed on the controller, and making them part of the on-screen action.

There are 14 levels initially, with more levels and vehicles available from additional sets. It includes the typical LEGO creativity, including the ability to rebuild each vehicle in three different ways and offers a fascinating blend of physical and digital enjoyment.